In the 1990s, India liberalised its economy, paving the way for more private investment. For the next two decades, India grew at a rapid pace, lifting millions out of poverty. Many in the 2000s considered India the next ‘Asian miracle’.

However, India in 2021 is a shadow of its former self. Even before COVID-19, the Indian economy was in shambles, with growth and investments plummeting since 2016. According to the Centre for Monitoring Indian Economy (CMIE), as of March, 2019, India’s unemployment had hit a 45-year high; car sales had hit a contraction for the first time in decades and the total industrial production went from worse to worst.

The onset of COVID has only exacerbated existing troubles and the economy has reached a point of nadir. In 2021 alone, more than 20 million Indians lost their jobs and, according to Grant Thornton, about 40% of the white collar workers experienced a pay cut. Lest these issues appear transient, it is worth noting that the economy also suffers from serious structural issues such as reduction in aggregate demand, rising inequality and plunging investment.

Everything that has been wrong with the Indian economy has been on the aggregate demand side. However, instead of undertaking efforts to boost demand, the government has taken been trying  to address the supply side (by improving productive capacities). The reliance on indirect taxes such as the regressive GST –  which taxes all citizens, both poor and rich equally – as a source of income is hurting the poor badly, thus suppressing demand.

Until recently, the strategy appeared to be dramatically reducing corporate taxes –  from 35% to 22% – and drastically increasing the price of fuel and other essentials.

As per Laffer’s curve, the reduction in corporate taxes can increase revenue for the state significantly, under the assumption that corporations significantly ramp up their production capacity by incurring additional capital expenditure. But for the production to ramp up, there has to be demand and since aggregate demand in India was low even before governments’ intervention to ramp up capacity, the additional capital did not result in additional expenditure.

The reduction in corporate taxes cost India somewhere between Rs 2 lakh crore and Rs 6 lakh crore. But in order to offset loss of revenue witnessed due to reduced corporate taxes and other factors, such as loss of demand and COVID, the government further increased indirect taxes on essentials, such as fuel, significantly, again hindering demand.

This mindless increase of taxes on essentials, coupled with the lack of demand, has resulted in the risk of an artificially created “stagflation” – a dangerous situation where inflation is coupled with the lack of growth.  The threat of stagflation is aggravated by the COVID-related global supply chain crisis. Now with omicron, demand is likely to fall further and prices might significantly rise due global supply chain bottlenecks, raising the risk of stagflation significantly. Stagflation, in economic circles, is considered much worse than economic depression.

In the recent past, there has been a massive concentration of wealth in the hands of the top 0.001% of the population. According to the World Inequality Database, developed by scholars at the Paris School of Economics, the share in the national income of the middle 40% of the Indian population fell from 41% in 1998 to 30% in 2019. More worryingly, the percentage of profits earned by the top 20 companies in the country increased from 40% (of total corporate profits) in 2014 to about 60% by 2019. Such a grotesque concentration of wealth has increased India’s Gini coefficient and has made capital’s contribution to the economy more profound than that of labour.

Most academic studies point to the rise in inequality and the Gini index as a hindrance to economic growth; An Organisation for Economic Co-operation and Development (OECD) study published in 2014 highlighted that high inequality can impede economic growth by as much as 10% of the total GDP. When inequality increases, it transfers income from low-income households – which have virtually zero savings – to high-income households – with high levels of savings. When income moves in this direction, demand naturally falls.

Furthermore, when the concentration of wealth increases, the influence of the super rich in politics and on the policies of the government increases significantly, thereby widening the income cleavages further and resulting in a ‘vicious cycle’. The rise in inequality is also be associated with a lack of social trust, rise in crime rates and social unrest – all of which are attributes of growth inhibitors.

India will have to reform as a priority. Trickle-down economics does not work in a stratified country like India. In the short term, the first thing the government needs to do is put money in the hands of the poor. The current reduction in fuel price is a move in the right direction, but one that has come too little, too late. Money in the hands of the poor is worth two to three times more than the expenditure the government would incur, thanks to the multiplier effect.

Universal basic income (UBI), as proposed by economists such as Thomas Piketty, should be explored. The idea of offering Rs 1,000 per month to every citizen (with an opt-out option) is definitely feasible and would cost the country about Rs 14 lakh crore per annum. India currently spends about Rs 9 lakh crores on various Union government schemes; before factoring in the leakages and expenditures involved in implementing these welfare programs.

All the existing Union government welfare schemes, apart from sub-national governmental schemes, could be dovetailed into one single UBI. State and local governments could be made partners in such a UBI scheme to ensure its effective implementation. More importantly, a UBI would play a profound role in rekindling aggregate demand, apart from partly eliminating the corrupt, expensive and highly inefficient process of identifying participants for the current targeted social interventions. 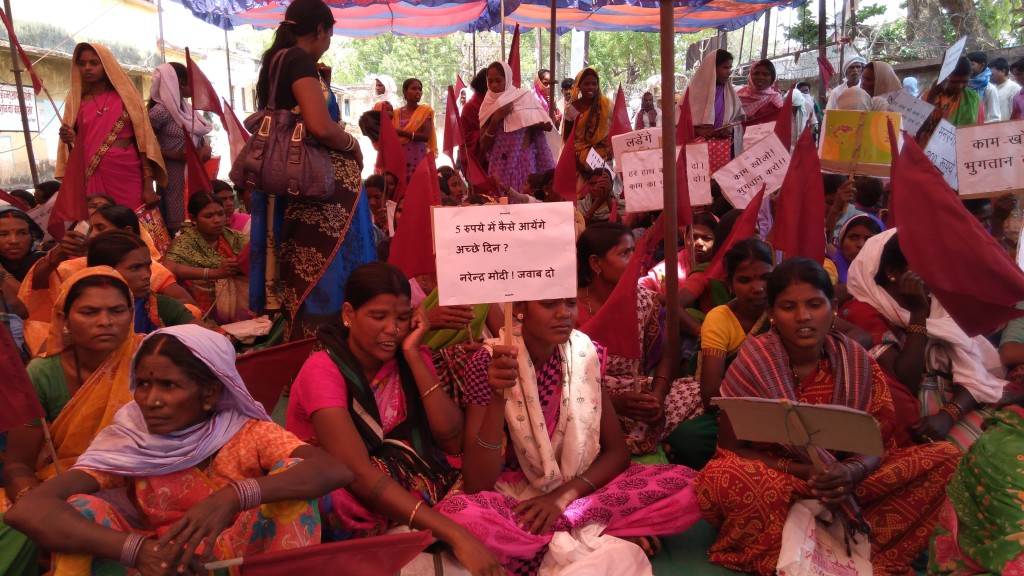 Introduction of Inheritance and Wealth taxes on ultra-rich individuals would, apart from partly funding the UBI, play a major role in reducing inequality.

Further, in real terms, the Union government’s expenditure on new projects has fallen by 42%, though relative revenue receiptshave increased. Increased expenditure on capital spending will have to be coupled with radical reforms to remove red-tapism. When the BJP came to power in 2014, there was talk of shaking up red-tape regime, but nothing much has actually happened. More than 60% of the state-sponsored schemes have experienced delays and overrun costs.

In the medium term, India must embrace transformational change instead of taking incremental steps to shape an economic policy that supports rapid growth. This will require a continued commitment to wide-ranging and systemic sectoral reforms, with strong measures to restore fiscal balance and reform the banking system. As per the Solow model of economic growth, capital, human capital and sustained innovation are very important for sustained economic growth.

Therefore, apart from taking efforts to ramp up infrastructure development, efforts have to be taken to improve the quality of education and healthcare. Since health is a state subject and education is on the concurrent list, no progress in these areas can happen without empowering the states and embracing fiscal federalism. However, the Union government could assist the state  governments in capacity building, as in Kerala or Tamil Nadu.

No country can sustain growth for a prolonged period of time without innovation. Innovation increases productivity. In order to increase innovation, we will have to start focusing on research  and development. Currently, India’s R&D budget of 0.65% of its GDP – compared to China’s 3% and 4.5% of Israel’s 4.5% – is one of the lowest in the world. We may boast of IITs, IIMs, IIITs and NITs but none of these are hardcore research universities.

In the long term, instead of focusing too heavily on GDP growth – a metric that does not capture societal cleavages, environmental degradation the wellbeing of citizens – the growth philosophy should tilt towards providing equitable growth that fosters social cohesion and trust. From classical economists such as Adam Smith to behavioural economists such as Daniel Kanneman, all have emphasised the role of social trust in providing equitable growth.

A 2020 study by the Victoria University of Wellington cited by Deloitte shows that a ten percentage point increase in the share of trusting people within a country should raise annual per capita real GDP growth by about 0.5 percentage points. Social trust and institutional stability have a direct correlation. For social trust to improve, India will have to improve its institutions and foster cohesion between different groups.

Over the years, as with institutional degradation, social cohesion between different groups has been at an all time low. More importantly, the institutions of India should work in a transparent and inclusive manner; no investor would want to operate in a country where its institutions such as the judiciary, police or tax office work in an arbitrary manner. The law of the land has to be same for all, irrespective of religion, social status or political inclination.

Therefore, to achieve growth for a sustained period of time, India would have to undertake a completely new path which focuses on equitable growth; where people from all walks of life are able to grow together and coexist happily. A mere reduction of corporate taxes will not make India a developed nation; no divided or highly unequal country has achieved the status of a developed nation. If we do not act fast, we risk losing (along with the economy) our biggest advantage: our demographic dividend.

Salem Dharanidharan is an alumnus of the University of Oxford and the Paris Institute of Political Studies (Sciences Po, Paris). He is an executive coordinator at Dravidian Professionals Forum and co-founder of the Oxford Policy Advisory Group. He tweets at @dharanisalem.

Puhazl Gandhi is an Advocate and executive coordinator at Dravidian Professionals Forum. He is also the joint secretary of DMKs NRI Wing.