Gorakhpur: “The former village head, Ramakant Yadav, called me up at 10 pm and told me that my brother, Bahraichi, has slipped and got injured while going to the washroom at Bakhira police station. We were asked to reach the hospital where he had been admitted.

“I went there along with my nephew, Anurag. On the way, the police stopped us at Kareli and informed us that Bahraichi fell from the stairs while going to the washroom. When we reached the hospital, my brother’s corpse was lying there. His whole body was soaked in blood. His mouth was stuffed with cotton. No policemen were around – the hospital administration informed them that they had left the body there.”

Thirty-five-year-old Vinod bursts into tears as he narrates this harrowing incident. His cousin, 45-year-old Bahraichi, a Dalit resident of Shiv Bakhri in Sant Kabir Nagar’s Baghauli block, died in police custody at the Bakhira police station on July 27. He had been in custody since the afternoon of July 25. Bahraichi and his three sons had been accused of abducting the daughter of a village local, Mahendra, who had lodged a complaint against them.

Following Bahraichi’s custodial death, Sant Kabir Nagar’s superintendent of police has suspended Manoj Kumar, the station house officer of Bakhira police station. In the FIR registered by the Sant Kabir Nagar police, the SHO, Shiv Bakhri residents Mahendra, Ravinder, Gaurav, Vivek, Suraj and Dheeraj and one unidentified person have been booked under Sections 365 (kidnapping), 302 (murder) and 201 (evidence tampering) of the Indian Penal Code. The FIR does not specifically name Manoj Kumar Singh, but only refers to him as the SHO Bakhira.

Bahraichi worked as a farmer to earn a living. He owned five mandis of land (20 mandis = one bigha). He also used to lease land from big farmers in the village. Bahraichi lived with his parents, wife Durgavati, two sons Sanjay (25) and Kundan (20), and Sanjay’s wife Rani. One of his sons, Ashok (22), works as a painter in Chennai, while his daughter, Manju, is married and lives elsewhere. Kundan has recently passed his intermediate exams.

Sanjay says that their landlord, Mahendra, filed a complaint on July 20 that his daughter had eloped, and accused Bahraichi, Sanjay, Ashok and Kundan of abducting her. “We came to know of the complaint on the afternoon of July 21 when two cops from the Bakhira police station visited the house while my brother, Kundan, and I were away. At home, our 70-year-old grandfather Gaya Prasad, grandmother Murati Devi, mother Durgavati and my wife Rani were present. Both the policemen used obscene language and told my family to send my father and me to the police station by evening.”

“Ever since the complaint was filed,” Sanjay recalls, “Mahendra’s family had been constantly harassing and threatening us, blaming us for his daughter’s elopement. On July 25, when my father had gone to Sahjanwa to buy medicine, 15-16 members of Mahendra’s family, including women, attacked our house and dragged my mother outside, thrashing her badly. My six-year-old niece, Sugan, was also beaten up. Both of them were then abducted by the attackers.”

According to Sanjay, Mahendra’s family held his mother and niece hostage for several hours, after which they brought his mother outside, tied her to a tree and thrashed her again with rods and lathis. “When my father was apprised of the attack, he called up 112 to inform the police. But upon reaching the scene, the police arrested my mother instead. My father reached Bakhira police station from Sahjanwa at around 12 pm and asked the cops to record his statement regarding the attack on his family, but the police arrested him too. In the evening, they let my mother go, but my father was detained even though there was no case against him.”

Sanjay says that former village head Ramakant Yadav called him up at night informing him that his father was dead. “I reached Sant Kabir Nagar police station in the morning but the body had been sent for an autopsy by then. We received the body at 5 pm, after which we cremated him.”

Sanjay alleges that the police subjected his father to third-degree torture in custody, which resulted in his death. “My father was absolutely healthy and had no ailments. He died as a result of third-degree torture in police custody. My mother brought him food at the jail on the afternoon of July 26 and 27. The police allowed her to visit him but did not permit them to talk much.” 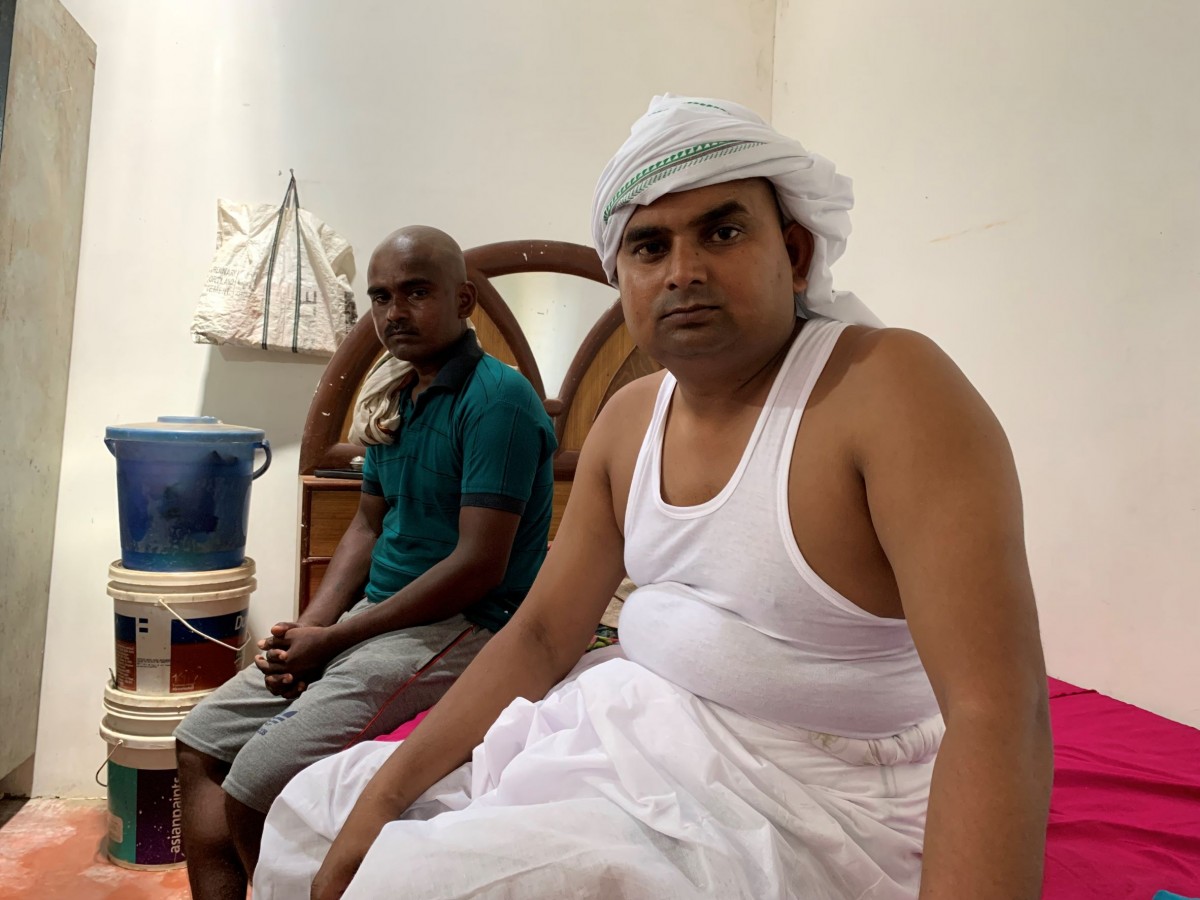 While physical injuries of Sanjay’s mother, Durgavati, were yet to heel, Bahraichi’s custodial death has dealt another severe blow and her condition has deteriorated. She is still unable to walk and has been inconsolable since her husband’s death. She says that the police did not allow her to speak to Bahraichi much when she went to the police station on July 27. “You’ve brought food so late” was all he could say before the cops hauled him off. The policemen even threatened her that they’d shoot her down if she did not leave, alleges Durgavati. She claims that she saw Mahendra and other members of his family at the police station but they tried to hide from her. She also alleges that her husband was killed by the police and Mahendra at the police station and that Mahendra had paid the police for the job.

Bahraichi had a land dispute with Mahendra and his family. Durgavati says that Mahendra has usurped their land and has been harassing them for protesting against it. Mahendra has around 15 members in the family and is quite affluent. “The family casts a fear on village locals and they do not support us,” says Durgavati. “When they tied me to the tree and beat me up, no one came forward to help me.”

Sanjay says that he has not been handed the autopsy report. He received a copy of the FIR on July 29. He hadn’t recorded his statement before the police, though the CO did record his statement.

Sanjay wants all the policemen involved in his father’s murder to be arrested, and action to be taken against those who framed his family and beat up his mother, along with Rs 50 lakh in cash and a job to a family member.

The police FIR, however, does not match with the the statements given by Sanjay, Durgavati and Vinod. Registered on the basis of Sanjay’s statement, the FIR states that his father was picked up by Mahendra, Ravinder, Gaurav, Vivek and Suraj, who took him to their home and beat him unconscious with lathis and rods. They called up the police and then took him to the police station. There, the opponent group, the SHO of Bakhira police station and other cops, murdered his father and admitted him to the district hospital and made it appear like an accident. 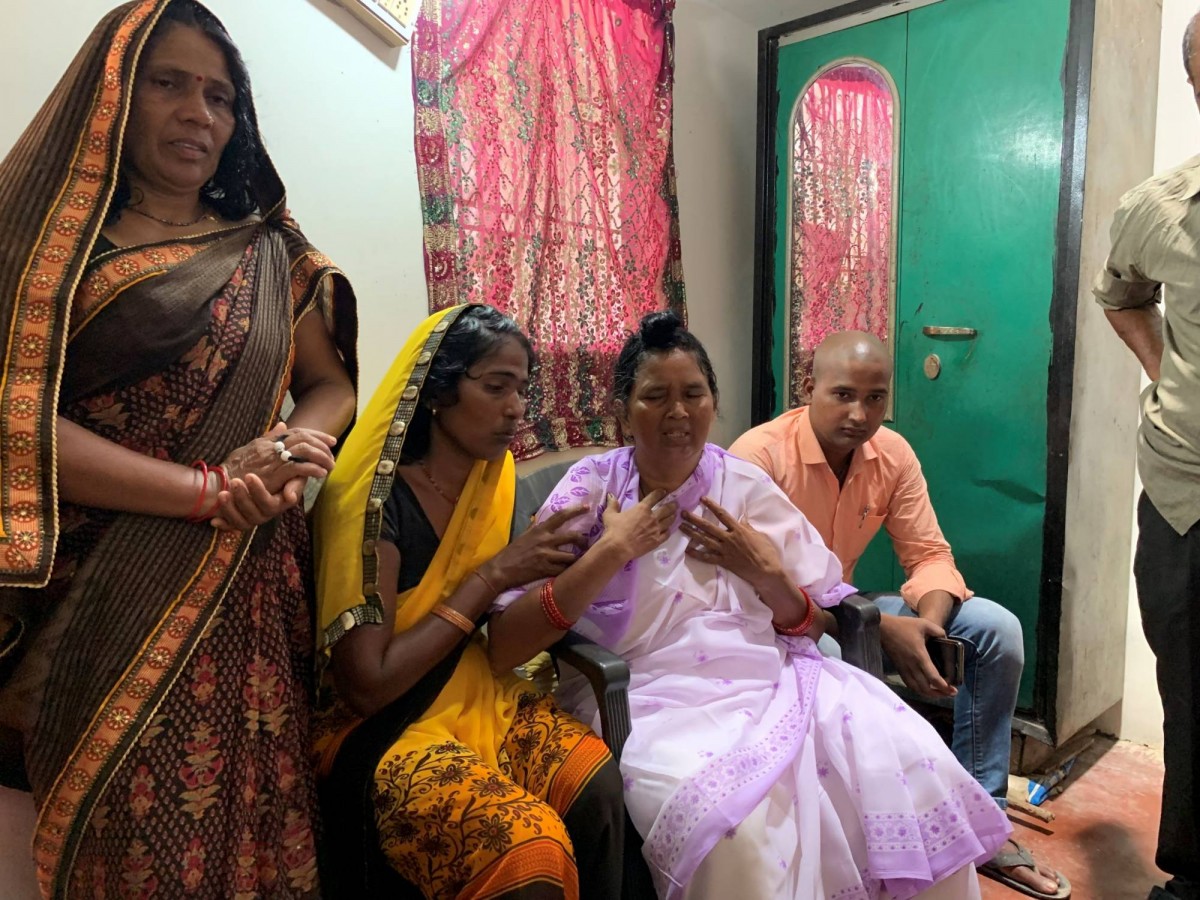 However, according to the statement of the victim’s family as well as the details stated in the FIR, the role of Bakhira police has been suspicious all along. The police did not take action when the complaint was filed regarding the elopement of the girl. As a result, Bahraichi’s family was attacked by the girl’s family. Then, instead of filing a complaint against the attack and taking action against the culprits, the police arrested Bahraichi himself who was kept in custody in an unlawful manner. When he died, his corpse was shifted to the hospital and it was declared that he died by slipping and falling from the stairs.

A look at the photographs of Bahraichi’s body at the hospital makes it clear that those are not injuries from slipping and falling. His head and face bear several evident injury marks while his shirt is soaked in blood.

The DIG of Basti, and the DM and the SP of Sant Kabir Nagar, have assured the family that there will be a fair investigation in the entire matter and said that strict action will be taken against the culprits. However, several days have passed since the incident but no arrests have been made so far.

Mehdawal’s CO Ambrish Bhadauria said that the CO Crime is probing the incident.