Anyone who seeks to divide Indians is anti-national in my view. Our unity is paramount. Especially in the face of a global pandemic. So, anyone pointing fingers, instead of holding hands, during a national crisis is working against national interest. This includes the media.  And it’s not just me, saying this. As widely reported, it is the Bombay high court (Aurangabad bench) which observed the “big propaganda” by the media, noted the “persecution” and said that social and religious tolerance is a necessity for unity and integrity in India “made compulsory by our Constitution.” This, as it quashed FIRs against 29 foreigners and 6 Indians who visited the Nizamuddin Markaz in March. The men, under different FIRs, were being blamed for spreading COVID-19 in India.

It is human nature to look for a fall-guy when something bad happens.

‘He did it! He did it!’ happens in play-grounds, when the big guy with a killer fast ball breaks the window. And immediately, the finger is pointed at the smaller kid. The other children, scared of the bully, mumble at first, then discovering the joy of being part of the kiddy mob, shriek – “Yes! Yes! He did it, Ma’am!” The small kid gets hauled off to the headmaster’s office for a smack and a lecture. This is how school-yard bullies work. Anyone who has been to school knows it. They always cause trouble, but never take the heat.

Kid stuff becomes dangerous when adults play the game. Especially when the motivation is not just to save your own backside, but get someone you dislike into trouble. Killing two birds with one stone or ek teer do nishane – take your pick. Every language has a metaphor for this, because it happens. In good ways, like visiting a sick aunt and getting the grocery shopping done in the same trip. In bad ways, like helping the government escape blame for its mismanagement of the COVID-19 crisis and docking the Muslim Tablighi. And it is not just India. Take, for example, the economic meltdown in the UK. The immigrants are neither straining the economy nor Britain’s public services, and many studies demonstrate this. But yes, blame them for all of Britain’s economic woes. Because you do not like them, anyway.

Scapegoating is singling out a person or group for the wrong-doing of others. Scapegoats are not random. They are chosen. Carefully selected targets, for the irrational hostility attached to them. They are more vulnerable, easily persecuted, and can be blamed for a whole host of things. Funnelling blame for all problems onto another group of people, while being part of hate groups that support finger-pointing, makes you feel strong. Like you belong. This is the adult equivalent of the school-yard mob.

In this case, the mob is the political government. Again, not my words. The Bombay high court said it: “A political Government tries to find the scapegoat when there is pandemic or calamity and the circumstances show that there is probability that these foreigners were chosen to make them scapegoats. (Emphasis added)” The choice of word in the judgment is clear – chosen.https://www.scribd.com/embeds/473268491/content?start_page=1&view_mode=scroll&access_key=key-D8xGQLAXlRhecJY6vReX

Parallels to how the Delhi riot investigations are choosing their scapegoats is inescapable. The elements are the same. Something terrible happened (riots/COVID-19). The blame cannot be borne by those responsible. Find a scapegoat (Muslims/anti-CAA protesters).

The Bombay HC (in para 35 of the judgment) joins the dots. It describes the anti-CAA protests across the country neutrally, but (referring to the ‘persecution’ of the Tablighi Jamaat members) says:

“It can be said that due to the present action taken, fear was created in the minds of those Muslims. This action indirectly gave warning to Indian Muslims that action in any form and for anything can be taken against Muslims.”

The judge’s words are chilling – “action in any form and for anything can be taken against Muslims”!

Simply put, Tablighis were targeted because of the anti-CAA protests, to instil fear in all Muslims. The Delhi riots narrative, arrests of protesters and participants, is making those words come awfully true – ‘action in any form and for anything.’ I would add – through any means or method.

The HC quashed the FIRs on many grounds. This was one:

“The statements of the witnesses recorded by police are stereotype and it can be said that word to word, line to line and para to para of the statements are copied.” (para 24)

Why did the police commit such brazen blunders? Because, “the State Government acted under political compulsion…. that is why even when no record was available to make out prima facie case, charge sheets are filed by police.” (para 51)

The Bombay HC judgment went on to say this:

“Further, some trustees of the Masjids are made accused in these proceedings and also in separate proceedings…Most of the information shown to be given by the witnesses is apparently hearsay in nature,” (para.24).

Sounds to me like anyone remotely connected with masjids, Muslims and namaz was fair game. It’s like a fisherman with a large net. Trap anything in the water. Some will certainly make it to the dinner table.

The plan for the Delhi riots investigation seems ditto. The net has been cast wide, to trap all the fish which braved the tide and swam the crest of the anti-CAA protests. The names of those rotting in jail and those still being trapped, will take up paragraphs, but they are too many to make any sense. The only thing that makes sense is that one word used by the Bombay HC – scapegoat. Optimal scapegoat. All the fall guys whom the mob wants to fall. Just do what the Bombay high court did: join the dots. 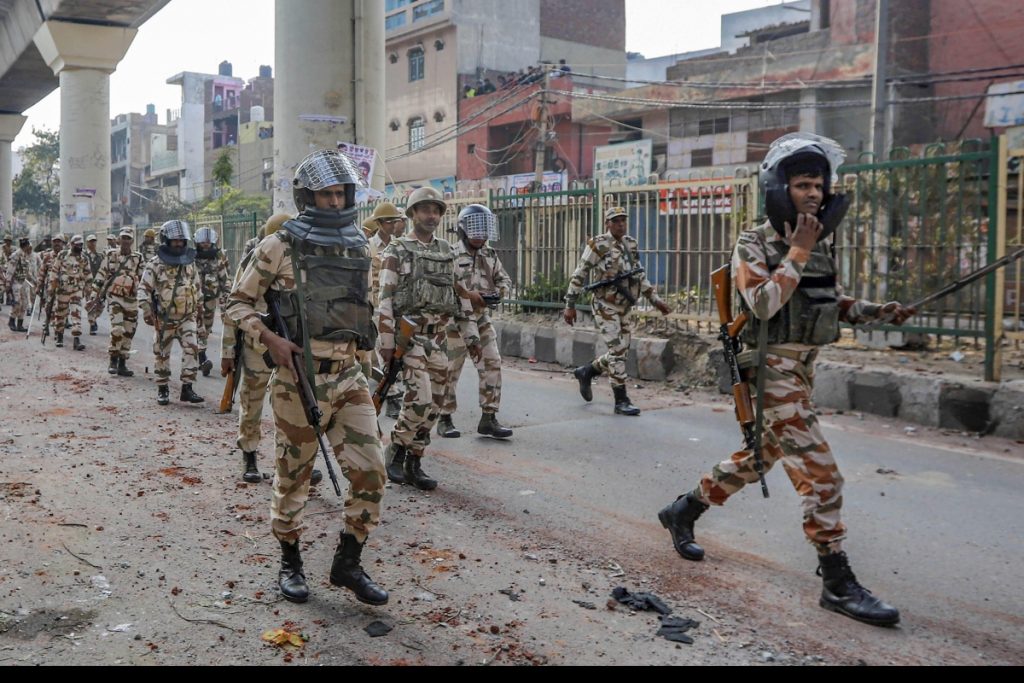 I end this bizarre tale of the scapegoat on a good note.

“It is now high time for the concerned to repent about this action taken against the foreigners and to take some positive steps to repair the damage done by such action. (Emphasis added)” (para. 27)

This is good and must be implemented. As we respectfully, with embarrassment and apology, make sure the foreign citizens of the Tablighi group safely reach their countries, we should also repent, repair the damage and bring our own incarcerated innocents back home. To go back to the beginning. Undo the wrongs of our school-yards. This time let’s get the bad guy with the killer fast ball. Cease the finger-pointing. Unity is paramount. It is, as the Bombay HC says, ‘made compulsory by our Constitution.’

Farah Naqvi is an activist and writer who lives and works in Delhi.