The registration of an FIR against Supriya Sharma, executive editor of the Scroll by the Uttar Pradesh Police under Sections 3(1) (d) and 3(1)(r) of the Scheduled Caste and Scheduled Tribe (Prevention of Atrocities) Act (POA Act) (corresponding to 3(1) (द) and 3(1)(घ) in the Hindi version of the Act cited by the UP police in the FIR) and Sections 269 and 501 of the Indian Penal Code on June 13 is another stark reminder that India has been the worst violator of press freedom during the COVID-19 pandemic across the world. As per information collated by the Rights & Risks Analysis Group, about 55 journalists were targeted with arrest, summons, FIRs and at times with physical assault during the lockdown.

The FIR against Sharma is emblematic of abuse of the law by the police to throttle press freedom in the country.

“Mala, a single mother, had six souls to take care of. After her employers stopped paying her during the lockdown, the domestic worker made furtive trips to Banaras, in the hope that she would find some odd jobs or gather alms to buy food for her five children. She often failed. “We would sleep on chai and roti, sometimes not even that,” she said.

Mala literally went begging on the streets of Banaras. She lived on the outskirts of Domari, in a cluster of Dalit homes built on the Ganga floodplains. Her mother had a ration card, she said, but she did not. She said she had raised her five children by doing jhadu, pocha, bartan – cleaning homes and utensils. Six months ago, things looked up when her son found contractual work cleaning sewers – “Rs 6,000 salary,” she said. Far more than the Rs 2,500 she made. But the lockdown threw both mother and son out of work.

When she heard the government had waived the requirement for ration cards during the lockdown, she went to the ration shop. She was told: “Ration humare budget mein nahi hai, wo pradhan apne ghar se de raha hai.” We do not have any extra ration, the village head is directly distributing from his home.”

Mala Devi was allegedly aggrieved by Sharma’s reportage and in her complaint to the station house office of Ram Nagar, Varanasi on June 13, she stated the following:

“I am working with Municipal Corporation (Nagar Nigam) as an outsourcing cleaning staff (safai karamchari). My mother was employed with the Nagar Nigam and at present she is receiving pension from the Nagar Nigam. A woman reporter named Supriya Sharma came to me; she introduced herself as a press reporter and asked me about the lockdown. I told her that because I am working as an outsourcing cleaning staff (safai karamchari) I had no problem to meet my daily ends (khana peena). Now I have come to know that Supriya Sharma has published wrong information about me in Scroll.in stating that I work as sweeper and cleaner of dishes and I am sleeping after having tea and rotis. By reporting that me and my children starved during lockdown, Supriya Sharma made a joke of my poverty and caste because of which I suffered mentally and my reputation in the society was harmed. I request to register FIR against Reporter Supriya Sharma and the editor in chief of Scroll.in for publishing a false story about a Scheduled Caste woman and take appropriate action.” 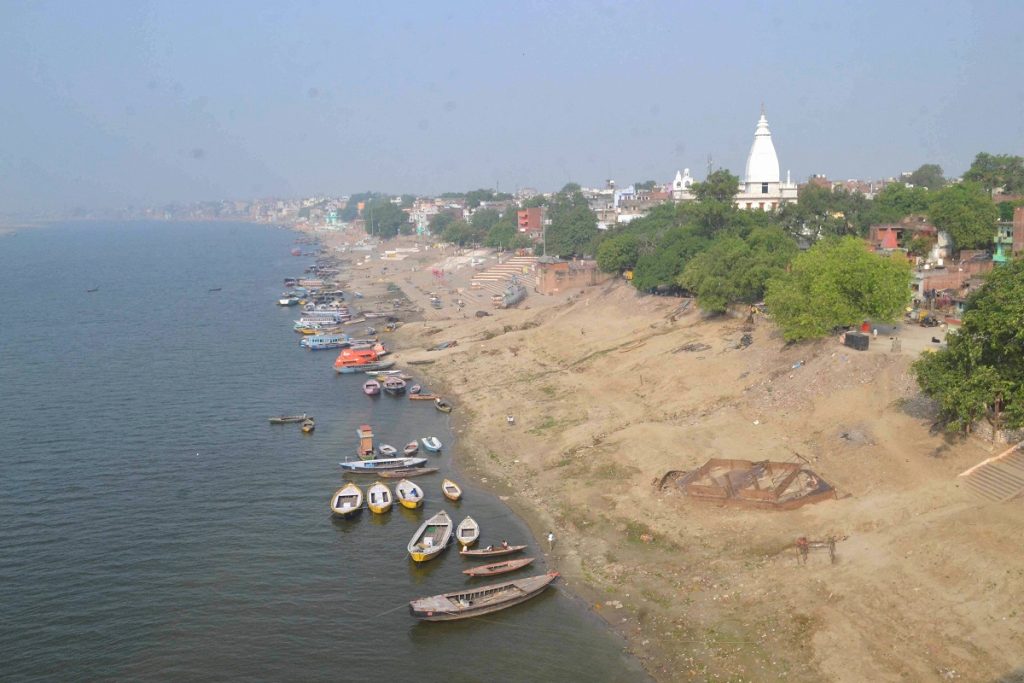 Representative image of Varanasi, the constituency of PM Modi and under which the village Domari from where Supriya Sharma reported her story, falls. Photo: PTI

The news story published in Scroll and the complaint filed by Mala Devi are the whole and sole materials for the registration of the FIR.

Alleged offences are ex-facie not made out

A bare scrutiny of these two documents shows that the alleged offences invoked in the FIR are ex-facie not made out.

Sharma only interviewed Mala Devi. Therefore, the question of the offences entailed under the two sections of the Act do not arise. The charge in 3(1)(d) is manifestly absurd. And 3(1)(r) too does not apply as the article did not identify Mala Devi as a Dalit and only referred to the fact that she lives in a cluster of Dalit homes.

Second, Section 269 of the IPC invoked by the police in the FIR relates to “whoever unlawfully or negligently does any act which is, and which he knows or has reason to believe to be, likely to spread the infection of any disease dangerous to life, shall be punished with imprisonment of either description for a term which may extend to six months, or with fine, or with both.” The print and electronic media were treated as an ‘essential service’ as per the Ministry of Home Affairs’ order issued on March 24. Sharma does not have COVID-19 and nor does Mala Devi. Therefore, the alleged offence under Section 269 of the IPC is also not made out and in fact, there is no specific averment in the complaint on this issue too.

Third, the FIR was registered under Section 501 of the Indian Penal Code, relating to punishment for defamation. The Supreme Court in its judgment on May 13, 2016, while upholding the constitutional validity of Section 499 of IPC in the case of Subramanian Swamy vs Union of India unequivocally stated:

“another aspect requires to be addressed pertains to issue of summons. Section 199 CrPC envisages filing of a complaint in court. In case of criminal defamation neither any FIR can be filed nor can any direction be issued under Section 156(3) CrPC”.

In numerous judgments, the Supreme Court and various high courts have consistently held that a complaint of defamation cannot be made directly to a police officer but only through a private complaint made to a judicial magistrate under Section 200 of the CrPC. The police are simply not empowered to register an FIR under Section 501 of the IPC.

If no offence is ex-facie made out and police are not empowered to register an FIR for defamation, why are such FIRs being filed?

A scrutiny of the FIRs registered against several journalists during the lockdown shows that the they have been filed not because offences were committed by journalists or the state has a case to convict. They were filed to intimidate and send a message to the media community, as the entire process of appearing for an investigation before the police or filing petitions for quashing the FIR before the courts is distracting, time and resource consuming and frustrating.

Note: The article has been edited to correct one of the sections of the SC/ST Act applied by the UP police in the FIR it registered. The provision applied is not 3 (g) but 3 (r).