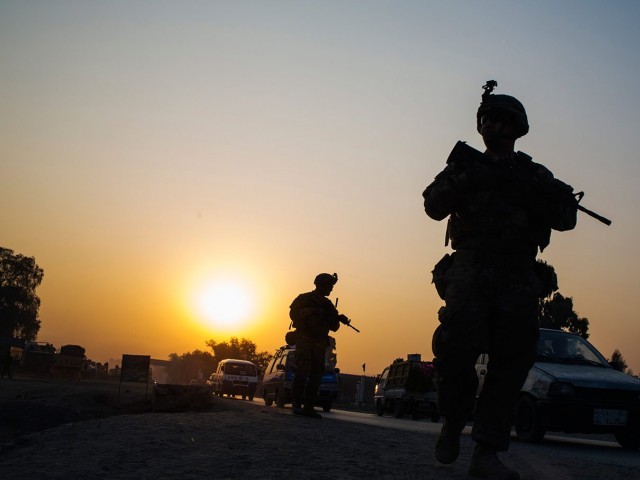 Even before the ink was dry on an agreement between the United States and the Taliban it was impossible not to draw comparisons with the war in Vietnam.

Much like Nixon’s agreement with North Vietnam in 1973, this ‘peace deal’ appears more in the vein of saving face by an embarrassed and frustrated superpower. The biggest flaw of the 1973 agreement was the absence of the South Vietnamese from the table. This failure to build consensus between the two local sides led to the South Vietnamese government being overrun two years later by the North with the Americans being reduced to passive bystanders.

But rather than learning from the past, it appears the Trump administration is doomed to repeat it.

According to the terms of the agreement, the US will gradually withdraw its 12,000 troops from Afghanistan. In exchange, the Taliban will agree to not give sanctuary to terrorist groups, like al Qaeda, which could launch attacks against the US. The withdrawal of troops will take place over a period of 14 months. Within that timeframe, it is hoped, that the Taliban and the Afghan government will work out how to live together.

All nice and rosy in theory.

But practically, there is little to be optimistic about regarding the future of Afghanistan. By excluding the Afghan government, the US has legitimised the Taliban as legitimate political players in Afghanistan. Furthermore, the agreement is silent about the implications of the Taliban continuing attacks on Afghan security forces and civilians — it mentions only an end to attacks against the Americans. There is no promise made by the Taliban to ending their war against the democratic government of Afghanistan. And there are no penalties on the Taliban for continued violence once the Americans withdraw.

And withdraw they will. The agreement is clear that the US will leave, even if Afghanistan burns.

There is only ‘hope’ that after 18 years of war, the Taliban will be tired of fighting. That seems to be what Sirajuddin Haqqani implied in his op-ed in The New York Times, but Taliban spokesman Zabihullah Mujahid minced no words on how he interpreted the future to look like. “We signed an Agreement with the Americans. But our jihad is not over,” he said. “The stooges who supported the invaders during the last two decades are our enemies. This might change after additional talks but at the moment, we are still at war.”

Mujahid’s path seems to be the one that the Taliban are most likely to follow given that soon after the agreement the group attacked the Afghan Army outposts in Kunduz, killing at least 15 Afghan soldiers.

We can’t forget that the Taliban were in power when the US invasion began. They, therefore, feel that they were forced to abdicate their throne by a foreign invader. They believe they are owed that power back when the US leaves. For them, the democratic setup is illegitimate. By not making the Afghan government part of the agreement, the US may have inadvertently emboldened this perception in the minds of the Taliban.

In fact, not making the Afghan government a party is the worst part of the entire agreement. There is nothing that prevents the Taliban from toppling the democratic setup through force. Neither are there any safeguards to protect against the human rights gains made in Afghanistan over the last 18 years from being stripped away. This is especially concerning for the rights of women which may disintegrate back 18 years.

That the US is desperate to leave Afghanistan is obvious from this agreement. That the war has been a disaster for them is clear. Mehdi Hassan writes that the war has resulted in the death of more than 2,400 American soldiers. It has led to the death of more than 58,000 Afghan security forces personnel. And in terms of money, it has cost the US more than $2 trillion dollars. According to the Pentagon, today the Taliban control more than half of Afghanistan’s districts — more territory than they have had since any point in 2001.

This desperation has led to a deal that favours the Taliban and not the Afghan people. For it would have been harder to learn from history and produce a peace plan that involved the Afghan people. The people that are most likely to be affected by what happens next are the people whose voice was not even heard in the peace process. It is the height of irony that a war that has been sold to the world as a fight to establish democracy in Afghanistan is ending through a mechanism so opposed to democratic values.

Once again, the people of Afghanistan will have to suffer because a foreign power did a hasty job of cleaning up the mess it made before moving out.

To be sure, many people have written that this is the only solution to the conflict. That any agreement had to be based on the hope that even the Taliban will be tired of 18 years of war. That the US determination of using airstrikes if the Taliban get out of hand will keep them in control. That at this point, the US cannot be expected to hold Afghanistan’s hand anymore.

It is convenient that the US is using this argument again, given how badly it worked out for them in the past. It is also convenient that the US can invade a country, causing 10,000 Afghan deaths alone in the last year, and then wash its hands of the whole affair so that Trump can use a flimsy deal to justify his re-election.

Unfortunately, the graveyard of empires will almost surely enter into another phase of a war after this agreement. There may be sporadic US involvement initially, but eventually, the instability that triggered the civil war after the Soviet invasion will lead to a continued state of war. After 18 years of war, the people of Afghanistan cannot be abandoned this way. A true peace plan would have had representatives of the people of Afghanistan.

This plan only had representatives of the people who destroyed it.