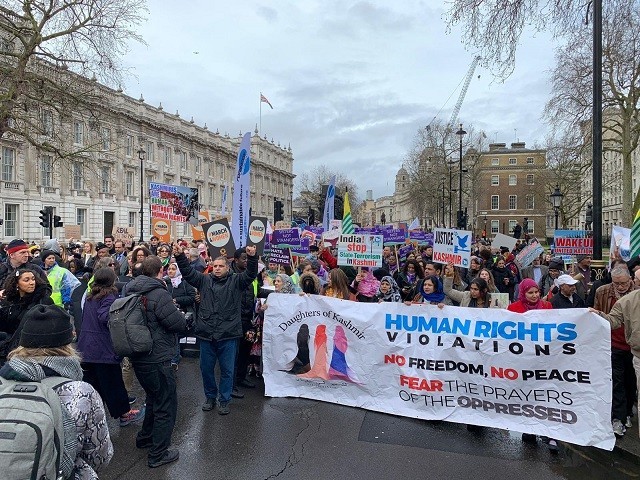 LONDON: In line with the International Women’s Day, British Kashmiris and Pakistanis held a protest on Sunday to pay tribute to the oppressed women of Indian Occupied Kashmir (IOK) – who have been fighting for their right to self-determination in the Himalayan valley.

The protesters, gathered outside the British Prime Minister’s House at 10 Downing Street, chanted slogans against the atrocities and persecution of Kashmiri women and children by brutal Indian forces. 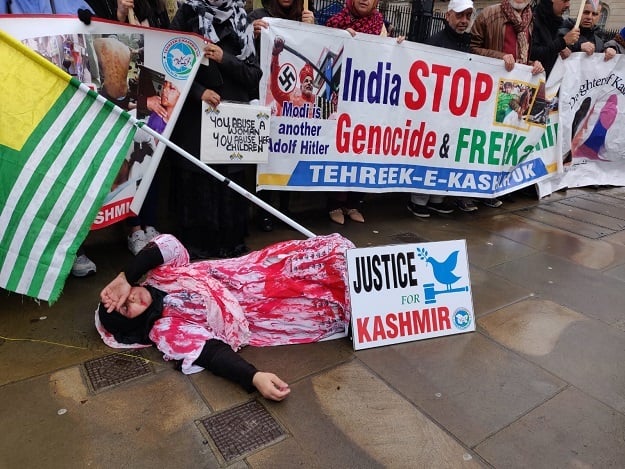 Despite difficult weather conditions, a large number of women and children participated in the demonstration while holding slogans and placards depicting pictures of oppressed and besieged women in Occupied Kashmir.

Speaking on the event, Tehreek-e-Kashmir (TeK) UK President Raja Fahim Kayani said that incumbent Indian regime is fascist whose occupation forces have crossed the limits of brutality, killings and rape.

“The Indian brutal forces have molested around 11,179 women while 22,911 left widowed and 107,784 children orphaned till now,” he said, adding that New Delhi has deployed a massive number of army troops into the disputed territory using harassment as a weapon of war, with  communication blackout and gross violations of human rights in the region.

Throwing light on the alarming facts, which are ignored by international torch-bearers of rights bodies, Kayani said that global human rights organisations should take immediate notice of human rights abuses in IOK. 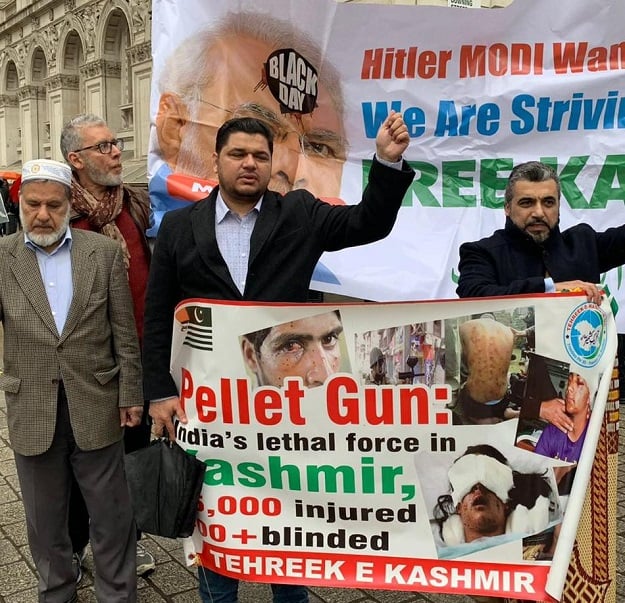 “The international community has double standards and contradictions policies. Violence against women in IOK, Palestine and elsewhere is a clear proof of their hypocrisy.”

In this regard, Daughters of Kashmir Chairperson Zubaida Khan said that Indian army is committing the worst human rights abuses in the valley.

Urging the international community to step in and raise voice for besieged Kashmiri women, the TeK president said: “Islam has given most rights to women. There is no example of the kind of brutality that the Indian occupational army is committing in IOK.”

Other human rights activists Zanaib Khan, Tazeem Jaffari and Rani Arif also sent a message to the people and women of the disputed territory that they are not alone in their freedom struggle.