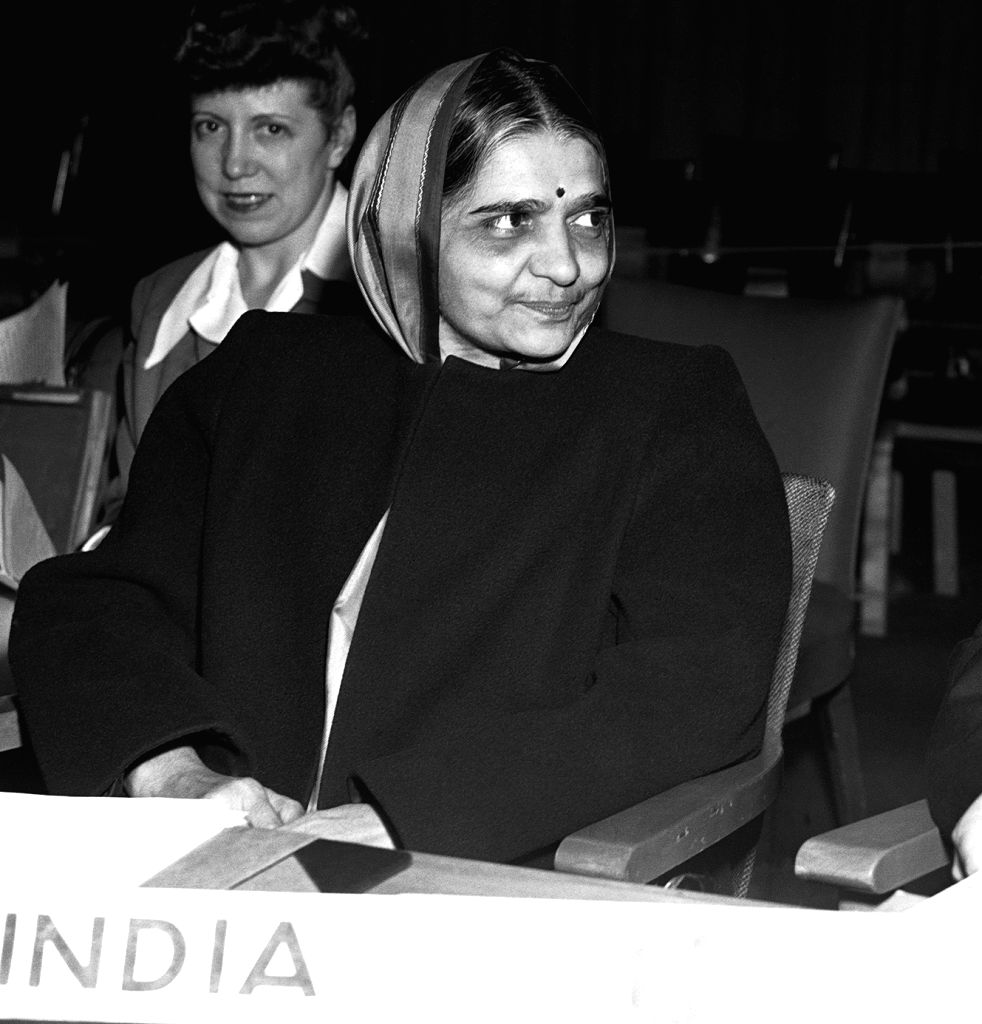 Hansa Mehta was one of the framers of the Universal Declaration of Human Rights. (Photo: UN/IANS).

United Nations, March 4 (IANS) An International Women’s Day programme organised by India at the UN has been cancelled as world organisations curtail meetings to protect against the COVID-19 threat.

International Monetary Fund (IMF) Chief Economist Gita Gopinath was scheduled to hold a dialogue on Monday in honour of Hansa Mehta, one of the framers of the Universal Declaration of Human Rights, in conjunction with the 64th session of the UN Commission on the Status of Women (CSW) that has been suspended.

“Women’s Economic Empowerment and Inclusive Global Economic Growth” was the theme of the dialogue that has been cancelled, according to a diplomat at India’s UN Mission which organised it along with UN Academic Impact.

Gopinath’s IMF and the World Bank (WB) announced on Tuesday that they are going to hold virtual meetings as a precaution against the spread of coronavirus instead of requiring the physical presence of participants.

The international economic organisations’ heads, Kristalina Georgieva of the IMF and David Malpass of the WB, announced the switch for their high-level spring meetings that were to run from April 13 to 19 in Washington with finance ministers and central bankers attending.

“Our goal is to serve our membership effectively while ensuring the health and safety of Spring Meetings participants and staff,” they said in a joint statement.

The spring meetings include several side events like seminars, civil society meetings and cultural events, all of which have been cancelled.

The IMF said that for the virtual meetings format it “will leverage our IT and virtual connections capabilities to the fullest, complemented by our online platforms (such as the World Bank Group and IMF websites and social media accounts), online media briefing centres, and other means of digital communications.”

The CSW said it decided to cancel its 64th session at the suggestion of UN Secretary-General Antonio Guterres, who advised against travel to New York for the meeting that was to have run from March 9 to 20 with about 7,000 participants from governments and civil society groups.

The session was to have been a landmark meeting as this year marks the 25th anniversary of the adoption of the women’s Beijing Declaration and Platform for Action.

The Commission said that after a procedural meeting that will include opening statements, the adoption of a draft political declaration and consideration of draft resolutions, and other sessions and programmes will be suspended.

Guterres’s Spokesperson Stephane Dujarric said that he made the recommendation after consulting the Senior Emergency Policy Team, UN Medical Services and the World Health Organisation.

Mehta is credited with making the Declaration of Human rights gender-inclusive by insisting that the first article say that “all human beings are born free” instead of only “all mena as the draft said.

(Arul Louis can be contacted at arul.l@ians.in and followed on Twitter @arulouis)