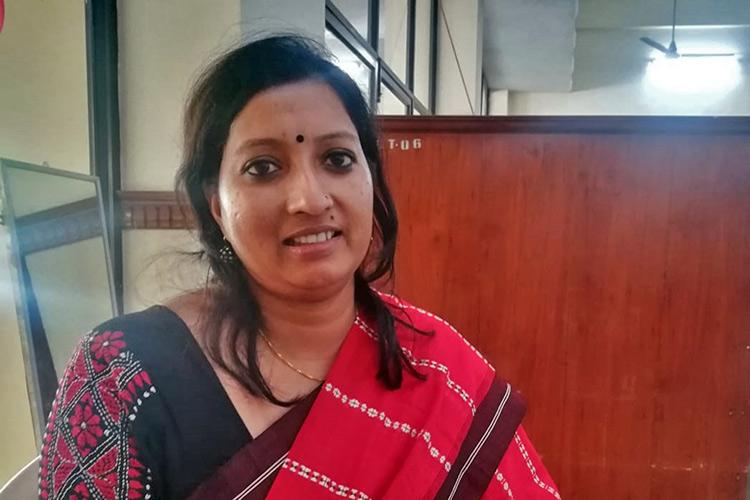 Inside the new Sankaranarayanan Thampi auditorium of the Kerala Legislative Assembly, the Chief Minister has just finished his speech in reply to the many queries of non-resident Malayalis attending the second edition of the Loka Kerala Sabha in Thiruvananthapuram. The three-day event, for the cultural, socio-political and economic integration of non-resident Malayalis, has concluded with his speech.

Outside, among the scattered groups of NRKs is Priya Pillai, walking from room to room, very much a part of the event for which she has been nominated by the government of Kerala as a member. An environmental activist with roots in Kerala, Priya has always worked for different kinds of human rights, be it women’s rights or the rights of tribal people in places she has moved to.

Five Januarys ago, Priya had unexpectedly become famous when she was offloaded from a London flight. She was then working for Greenpeace India, a non-profit environmental NGO. Priya was on her way to brief British MPs about the forest dwelling communities who would be affected by a proposed coal mining project by a London-based company. The government of India had ordered immigration officials to stamp her passport with ‘OFFLOAD’ and ban her from leaving the country.

“Post the offload, in March 2015, the government of India deallocated the coal mine. So ultimately we won that fight on the ground,” says Priya, who left Greenpeace two years ago but continues to engage with the tribal people of Singrauli district in Madhya Pradesh where the Mahan coal mine project was proposed.

“There are two other coal mine projects we have been fighting against – the Amelia North coal block for which the land acquisition had earlier started, and another coal mine a few kilometres away. Forests in that region were again intended to be siphoned off for the coal mine. We have been working in these villages, studying what the impact will be, organising people and working towards helping them,” the activist says.

Priya is also involved with a group of women against sexual violence. “Environmentalism is not a box. All the issues are interconnected. The problem is when environmental activists won’t talk to feminists, or they won’t talk to Adivasi activists or to minority rights activists and so on.”

‘Concerned about recent developments in Kerala’

Priya has keenly followed the issues in Kerala too. While she feels Kerala plays a very important role in the current ‘polarised kind of political climate’, Priya says there is a need to reach out to people who are outside the state – the non-resident Keralites.

“Somewhere the state had set a democratic liberalised value system; that’s perhaps why the BJP could not make inroads into Kerala. There is a strong value system in Kerala that accepts diversity. But this needs to be reinforced among the people who left Kerala, because there is a tendency to flow with the majority in the places they live in,” she opines.

Priya has, however, been disillusioned by recent happenings in Kerala, like the two young men who have been slapped with the UAPA, and the police encounters killing suspected Maoists. “I strongly feel that the Kerala government should follow the rule of law and not move into a police raj state conducting encounters. We have been consistently fighting arrests being made in the central and northern Indian states misusing UAPA which gives unreasonable and unrestricted power to the state which leads to gross human rights violations.One expects a more humane approach to all issues in Kerala.”

It is also disturbing to see the way patriarchy has unwound in Kerala, Priya says. “Be it the Sabarimala issue or the moral policing by the Press Club secretary or Kevin’s case of honour killing or the whole issue leading to the formation of the Women in Cinema Collective – these were not things you saw in Kerala. It makes one concerned,” she says.

Priya is also part of the National Alliance of People’s Movements, an alliance of progressive people’s movements in India. She has also begun to do her PhD on renewable energy sources.

“I strongly advocate for renewable energy. I realised that if we are shifting from fossil fuel to renewable energy, it is a large-scale shift, and large solar plants for large corporates would need huge patches of land. It would again become an issue of land conflict. I am looking at how large-scale renewable energy projects are impacting land and environment. But because of the green tag enjoyed by solar energy, currently India does not have a regulatory framework for it. You don’t need Environmental Impact Assessment or have public hearings. And since India is committed to increasing its share in solar internationally, there is going to be a big push for solar,” she points out.

Priya quotes the example of Kamuthi in Tamil Nadu (Kamuthi Solar Power Project) where there has been land grabbing by the Adani Group, a multinational conglomerate. “I believe decentralised renewable energy projects like rooftops and cluster level production of energy from a mix of renewable sources is the solution. Not large-scale ones,” she says.