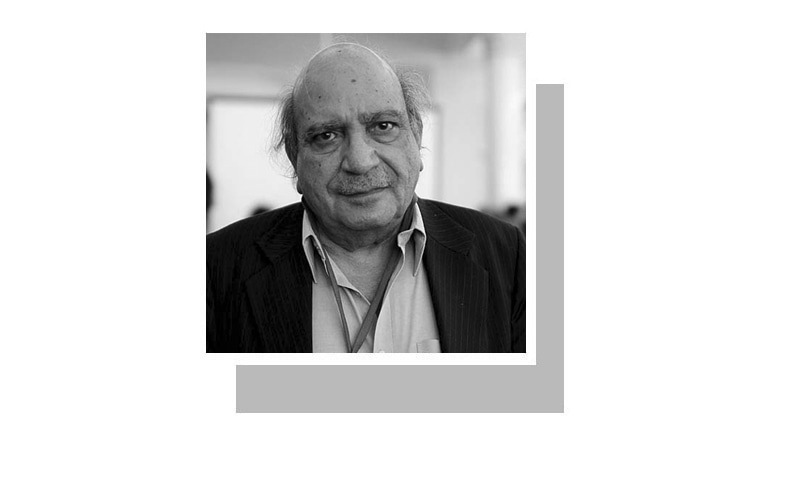 LAST week’s Supreme Court verdict has laid down the urgently needed guidelines on the applicability or otherwise of the antiterrorism law and asked parliament to make some essential changes to it. The judgement also offers much food for thought to jurists, students of law and civil society who interpret the rule of law as a rational, just and humanitarian dispensation.

The issue before the court was whether the Anti-Terrorism Act (ATA) was rightly being invoked.

The landmark judgement begins with a fairly comprehensive account of terrorist movements and activities across the globe from 2 BC to the 1990s, launched to secure political, ideological or religious objectives. Students of terrorism will find it useful. The court then refers approvingly to Prof David Rapoport’s theory of four waves of terrorist movements, to emphasise the point that terrorists’ goals have been changing with time. An extract from Yuval Noah Harari’s 21 Lessons for the 21st Century follows, which reassures us that the people can defeat terrorists if they do not overreact to the theatre of terrorism and offer a balanced response.

While discussing the various interpretations of the ATA by different courts and its application in cases that do not qualify as terrorism, the court recalls a Lahore High Court judgement by Justice Asif Saeed Khosa which deals with the same subject. An analysis of 40 cases decided by the Supreme Court between 1998 and 2018 shows these cases did not fall within the revised definition of terrorism but were all treated as cases of terrorist acts or terrorism on the basis of presumption and speculation about the effect of the relevant actions. These cases, decided at the apex court level, offer a measure of the wrong application of the ATA which could be taken as misuse of the law by the police officers who drew up the charges.

The judgement promises a reduction in the misuse of the ATA by a predatory executive.

The court’s conclusion and direction that all actions must be judged by the objective as defined in the ATA — that an action, however grave, gruesome or horrifying, cannot be termed as terrorism if it is not committed with the design and purpose as mentioned in the law itself, and that actions taken in furtherance of personal enmity or private vendetta cannot be described as terrorism —should prevent wrongful application of the ATA.

The court has suggested that the definition of terrorism in the ATA may be made simpler and succinct along with a change in the preamble and deletion from the Third Schedule of offences that have no nexus with terrorism.

Civil society should welcome this judgement as it promises a reduction in the misuse of the ATA by a predatory executive that has used this law to frighten the people into submission and often to suppress dissent and punish citizens for raising a voice for their rights. The ATA has been used against lawyers, students and trade union leaders for demanding their rights. The state is so fond of the ATA that it was extended to Gilgit-Baltistan before benign laws were introduced there, and its victims included Attabad hero Baba Jan, prominent lawyers and human rights activists. It will be no exaggeration to say that, in the hands of irresponsible authorities, the ATA can become an instrument to spread fear among the people.

Unfortunately, Pakistan has an unenviable record of the executive’s insatiable desire to nibble at due process with a view to denying the people their basic rights and freedoms. The history of the state’s love of brutal punishments and its tendency to address serious crime by compromising due process makes painful reading.

Within the first decade of Independence, the preventive detention laws, against which the Muslim League had carried out a civil disobedience movement in Punjab, were revived, and the state started treating the constitution, the law and civil liberties with blatant contempt. The process was compounded with the establishment of military regimes that ipso facto denied constitutionalism, rule of law and basic freedoms.

From 1974, when Suppression of Terrorist Activities (Special Courts) Act was enforced to 2011, when the monstrosity called Actions in Aid of Civil Power Regulation was issued, the state has been trying to control serious crime and terrorism by trimming due process and increasing detention without trial for much longer periods (and without any judicial review) than is contemplated in Article 10 of the Constitution. Nobody can claim that these measures have succeeded.

The fallacy underlying consistent disregard for the rule of law, due process and plain common sense is the belief that serious crime, including terrorism, can be eliminated by short-circuiting the trial process and prescribing tougher punishments. This view has been proved wrong across the globe over the last two centuries and more, and in Pakistan too.

The state’s search for deterrent punishments and its fondness for harsh laws, the level of impunity enjoyed by law-enforcement personnel and disregard for the requisites of fair trial are alienating the people from what the system of justice has become. The fact that only the poor are hanged in Pakistan or that no perpetrator of murderous attacks on the Hazara Shias has been punished has undermined respect for the justice system, which is also weakened each time a citizen falls a victim to enforced disappearance or a woman is killed to save a man’s primitive concept of honour. The number of people preferring the jirga system to the judicial process appears to have increased over the years, and now they are visible in the corridors of power too.

The world has learnt that the majesty of law is not established by curtailing due process and raising the scale of punishments; it is established by the people’s social uplift, guarantees of employment and fair wages, and by convincing the people that no one can avoid paying for breaking the law. Instead of putting the people at risk under bad laws, the executive should make policing and prosecution efficient and honest. Along with ATA, all other laws that clip due process and prescribe inhuman punishments need to be reviewed.