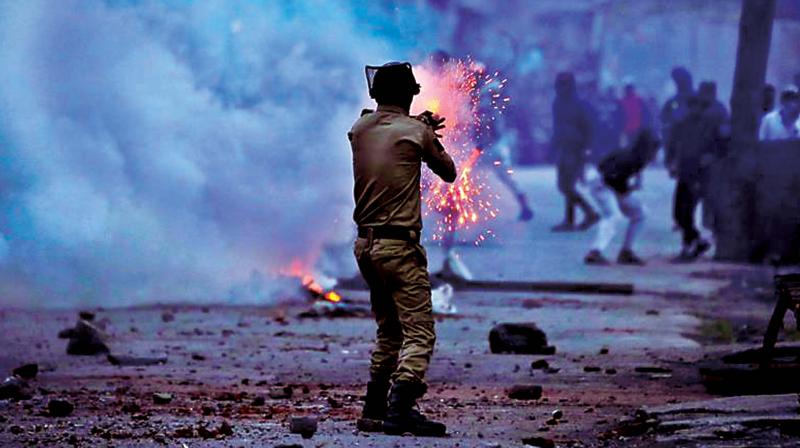 BENGALURU: An 11-member team of activists, who visited Kashmir between September 28 and October 4, have returned with shocking accounts of human rights violations, the consequences of total impunity handed to paramilitary forces and the ‘misuse of power’ against civilians in Jammu and Kashmir. The team, comprising human rights activists, advocates and trade unions, published their report, Imprisoned Resistance – 5th August and its Aftermath’, in India today. The activists demand that government withdraw all army and paramilitary forces from civilian areas of Jammu and Kashmir as well as the repeal of the Jammu and Kashmir Public Safety Act 1978 and the Armed Forces (J&K) Special Power Act 1990.

According to the report, people in villages and other localities live under immense, constant fear. Nocturnal raids have meant many sleepless nights, awaiting the possible arrival of the armed forces. ‘Nightly raids, harassment, humiliation and torture are common sights here as armed forces have been given a free hand to act according to their whims and fancies,” says the report.

The team during their visit realised that the narrative that was presented by the Indian government with the help of media houses was ‘far from the reality’. There has been a determined, systematic effort on the part of the Indian state to portray a sense of normalcy in the valley to justify their unilateral action of snatching the autonomy the Kashmiri people had over their land. The Indian  government and the mainstream media have consistently propagated that normalcy by showing  images of traffic flow in Srinagar, done by creating roadblocks to artificially create traffic jams,  which were recorded then by drone cameras, the report read.

The report further described the apathy of the people of valley for whom travelling has become a near ‘impossibility’. Traveling within Srinagar and other towns and within the Valley has for the most part become a near impossibility unless people have access to a vehicle of their own. J&K State Road Transport Corporation (JKSRTC) has suspended  operations since August 5. Only those with private vehicles are able to travel, that too with much difficulty given the barbed wires at multiple locations, the 160-page report read.

Speaking to presspersons here, renowned film-maker Sanjay Kak opined that while Kashmir was labelled as a ‘state of terrorists’, it was ironic that the government now ‘terrorising’ the entire state.