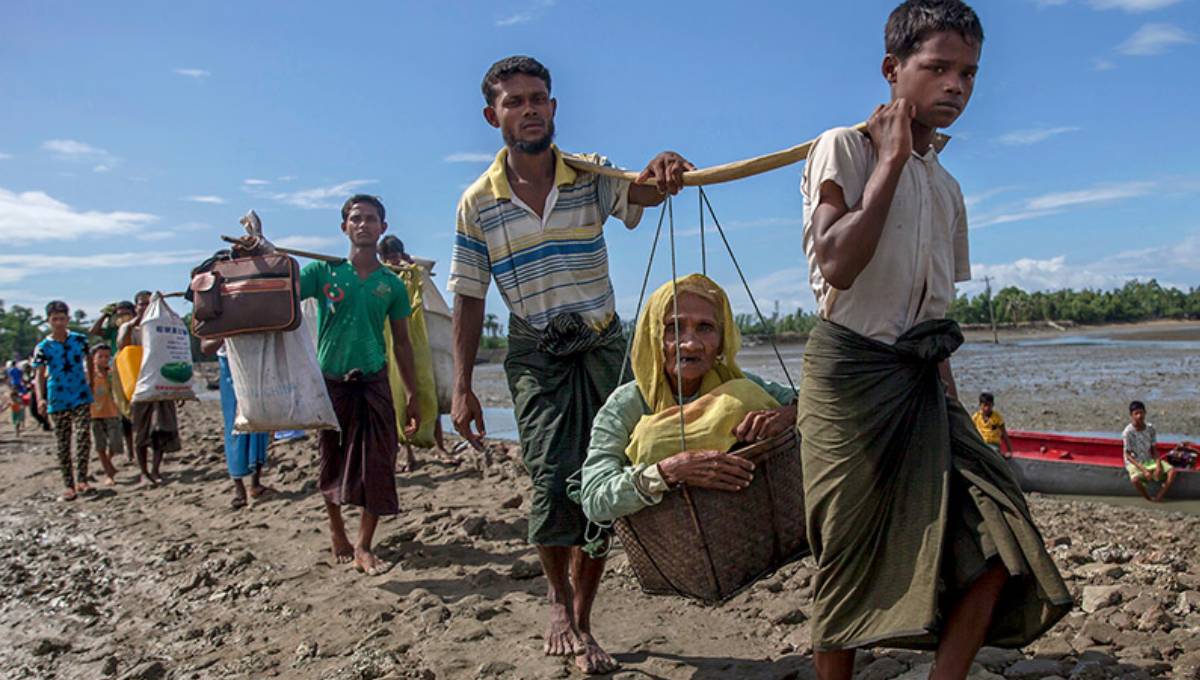 Dhaka, Oct 27 (UNB) – The heads of state and government of the Non-Aligned Movement (NAM) have underscored the importance of creating “conducive conditions” in Rakhine State for the voluntary return of Rohingyas to their place of origin in Myanmar in a “safe, secure and dignified” manner.

They also stressed the implementation of the arrangement of Rohingya repatriation signed between Bangladesh and Myanmar.

Bangladesh has been hosting over 1.1 million Rohingyas and most of them entered Cox’s Bazar since August 25, 2017 amid military crackdown on them in Rakhine State.

The 18th Summit of the heads of state and government of NAM, a forum of 120 member countries, 17 observer countries and 10 observer organisations, was held on October 25-26 in Baku, Azerbaijan. Prime Minister Sheikh Hasina also attended the Summit.

At the NAM Baku Summit, Azerbaijan took over the chairmanship of the Non-Aligned Movement for the next three years, said an official.

On October 24, UN Special Rapporteur on the situation of human rights in Myanmar Yanghee Lee called for sanctions against Myanmar military-run companies and commanders responsible for serious rights violations.

Lee told the UN General Assembly in New York that she sees no discernable improvement to the situation in Myanmar and called for targeted sanctions against the Tatmadaw’s (Myanmar Army) companies and its commanders most responsible for serious violations.

She said the Security Council must refer the entire situation to the International Criminal Court or establish an international tribunal to try alleged perpetrators of international crimes, according to a message received here from Geneva.

The heads of state and government at NAM reiterated their “concern” over the humanitarian situation in Myanmar’s Rakhine State.

They condemned all acts of violence, including attacks on Myanmar security forces, and those committed by any party that adversely affect unarmed civilians and resulted in loss of lives and the displacement of large numbers of people.

They stressed the need to “find a comprehensive and durable solution” to address the root causes of the conflict and create conducive environment by Myanmar so that the affected communities can rebuild their lives in Rakhine State, according an official document seen by UNB correspondent.

The heads of state and government encouraged Myanmar to implement the recommendations of the final report of the Advisory Commission on Rakhine State, according to Baku Summit outcome document.

They also noted the renewal of Memorandum of Understanding (MoU) signed among Myanmar, the United Nations High Commissioner for Refugees (UNHCR) and United Nations Development Programme (UNDP) on May 28, 2019 and stressed the importance of its implementation.

They welcomed ASEAN’s efforts to support Myanmar government in providing humanitarian assistance and facilitate the repatriation process through the work of the ASEAN Secretary-General and the ASEAN Coordinating Centre for Humanitarian Assistance on disaster management (AHA Centre).

They also noted the recent mission of the ASEAN-ERAT to conduct the preliminary needs assessment (PNA) in Rakhine and looked forward to the implementation of the recommendations contained in PNA.

The heads of state and government commended the ongoing work of the NAM caucus in strengthening the position and role of the Movement in the Peacebuilding Commission.

In this regard, they expressed their appreciation for the efforts of Bangladesh during its chairmanship of the NAM caucus.

They further encouraged the non-aligned members of the Peacebuilding Commission and the Non-Aligned countries which are on its agenda, to actively participate in the NAM Caucus to ensure its purposeful contribution to the Peacebuilding activities of the United Nations.