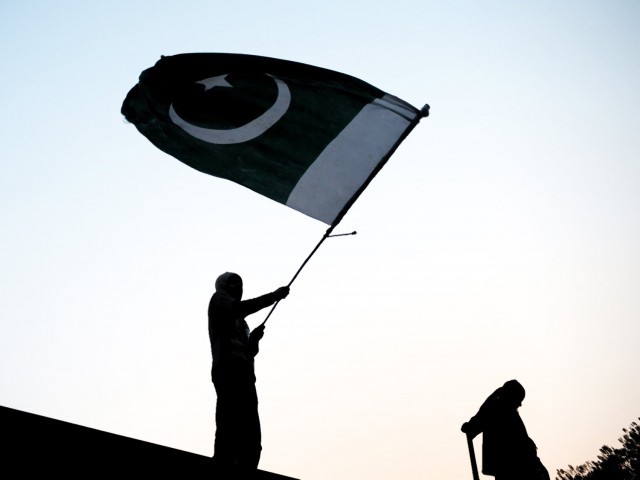 KARACHI: There is a need to develop a national narrative to make Pakistan more tolerant and inclusive for followers of all faiths, civil society activists stressed at an event on Monday.

The conference they were speaking at was organised by the Centre for Social Justice (CSJ) at SZABIST to discuss religious freedom in the country in light of various legal aspects. Various students, faculty members, activists and minority leaders took part in the discussion and emphasised the need to foster inter-faith harmony in the country. The participants also highlighted challenges that continue to obstruct human rights in Pakistan.

“Despite having numerous laws in the constitution which grant social, cultural and religious freedom to minorities, adherence to them has been limited in various instances,” said CSJ Executive Director Peter Jacob. “Freedom and liberty should be given to minorities according to their understanding. Generally, religious freedom is not discussed hence there’s such confusion and suffocation in our society.”

Jacob stressed the need for consensus on a national narrative that could promote religious freedom in Pakistan. “We need another Paigham-e-Pakistan, with all stakeholders, including civil society, minorities, women, educators and students, on board to develop this narrative. Some of the issues we face are a result of religious challenges. There’s a need to develop a consolidated voice to make Pakistan more tolerant and inclusive,” he said.

Endorsing Jacob’s views, Mahnaz Rahman from Aurat Foundation reiterated that women and minorities face equal challenges and are on the same page. “Our founder dreamt of a country where all sections of society are incorporated. Religion is a personal choice and it should be respected,” she said. “We must evolve our thought process and practices with time and believe in the concept of citizenship where everybody, regardless of the caste and creed, is granted equal status, equal rights and equal voice with no discrimination.”

The participants urged concerned authorities to implement article 20 of the constitution.

Founding chief of the Interfaith Commission for Peace and Harmony Allama Muhammad Ahsan Naqvi called for exposing elements that create divisions in society. “Pakistan is a country where all religions are practiced with full liberty and freedom. We stand united with our Hindu and Christian brothers in times of need and are on the forefront to safeguard their rights,” he affirmed. “It is crucial that we all play our parts in the country’s prosperity and identify elements that sow the seeds of hatred to divide us.”

SZABIST Dean Prof Dr Riaz Shaikh stressed that we as a nation must not be oblivious to the reality and acknowledge that incidents like the Ghotki riots happened in broad daylight in front of our eyes. Noting the importance of Article 20 of the Constitution, which deals with the rights of citizens of Pakistan, he said thhat an inclusive model is imperative to take country out of darkness.

“Self-criticism is vital to address the problem. There must be a reason why the number of non-Muslims reduced from 25-30% to a mere 3%,” he said. “We have to logically accept that religion has been used in our society as a commodity to settle disputes and gain benefits. Intolerance is becoming a huge issue and addressing it is becoming difficult.”

Speaking at the conference, social activist Dr Heera Lal lamented that Hindus in Pakistan are often associated with India and it hurts the sentiments of the population since their loyalty is with Pakistan. “The misconception that Hindus are related to the neighbouring country should be changed. We have lived in Pakistan all our lives, we follow all the sufi leaders of Sindh and remain attached to the motherland. We want to be accepted as Pakistanis because this country is our home.”