The concerns raised by United Nations High Commissioner for Human Rights Michelle Bachelet about mobile phone and Internet restrictions in Kashmir and resentment in Assam over the exclusion of thousands of people from National Registration of Citizens are valid and most welcome. 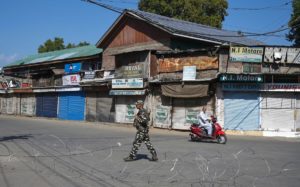 As a democracy, India must ensure restoration of mobile and internet connectivity to its citizens in Kashmir as soon as possible, of course without jeopardizing their security. That said, the UN Human Rights Council needs to be uniform, consistent and even-handed when it comes to human rights abuse or denial of civil rights to people across the world. It is quite evident from the statements issued by the UNHCR that there has been a selective approach to seeking accountability on civil rights from different states.

While Bachelet’s concerns on Kashmir are well-meaning, the cause of civil rights is not furthered when the international community overlooks massive human rights abuse by Pakistan military in Balochistan, Pakistan Occupied Kashmir (PoK) and the formerly Federally Administered Tribal Areas (FATA).

The UNHCR discredits itself when it doesn’t show the same zeal to condemn the communication blockade that Pakistan imposed in PoK for some months after India launched a strike against a Jaish-e-Mohammad terror camp in Balakot or has been continually shutting down mobile phones and Internet in Balochistan. In Kech district of Balochistan, the Internet has been shut down for the last two years for security concerns. It also fails in its duty when it remains silent about the extrajudicial killings of Baloch and Pashtun people who have been fighting for their civil rights. The terror attacks on sectarian, religious and gender minorities in Pakistan have drawn little or no censure from the UNHCR. The international community must forego partisanship when it comes to human rights.