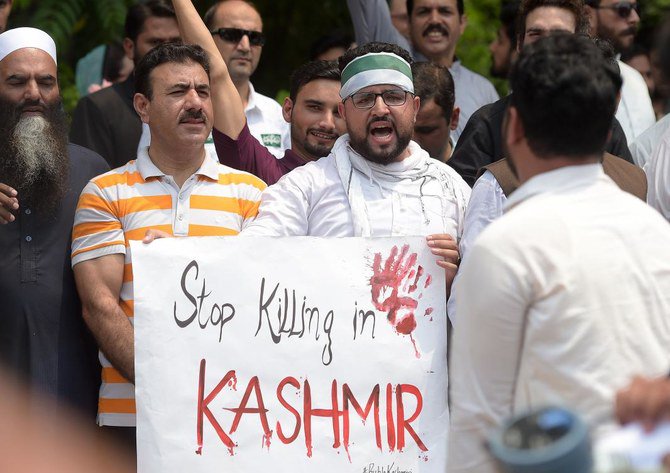 “No unilateral step by the Government of India can change this disputed status… As the party to this international dispute, Pakistan will exercise all possible options to counter the illegal steps,” the foreign ministry said in a statement.
It added that the move, which Islamabad “strongly rejects and condemns,” will not “ever be acceptable to the people of Jammu & Kashmir and Pakistan.”

“Pakistan reaffirms its abiding commitment to the Kashmir cause and its political, diplomatic and moral support to the people of Occupied Jammu and Kashmir for the realization of their inalienable right to self-determination,” the statement said.

India’s decision to strip Kashmir of the special autonomy it has enjoyed for seven decades has also prompted condemnation on Pakistani Twitter, where at one point the top six trending hashtags all related to the move.