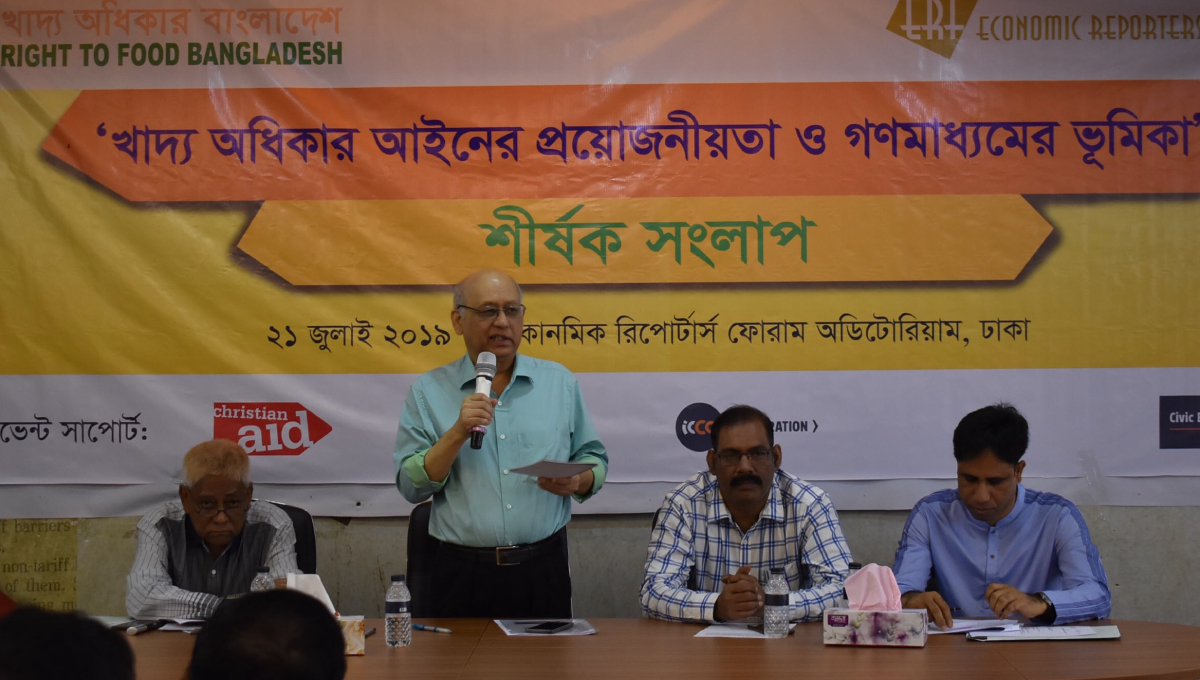 Dhaka, July 21 (UNB) – Speakers at dialogue on Sunday urged the government to formulate a law immediately to ensure people’s right to food, saying such a law is essential for building a poverty-free society.

“Enacting the right to food law is a demand of the time,” said Mohsin Ali, general secretary of the Right to Food Movement, while addressing the function jointly organised by Right to Food Bangladesh and Economic Reporters Forum (ERF) at the ERF auditorium in the city.

He said Bangladesh should immediately enact the ‘Right to Food Act’ and implement it to ensure adequate amount of food and nutrition for the poor and extremely poor people.

About 2.5 crore people are suffering from malnutrition, he said.

Mohsin, also executive director of the Wave Foundation, said access to adequate food is seen in the light of a right. “The United Nations has also declared it as human rights. The first two Sustainable Development Goals are also related to poverty and hunger.”

He said Bangladesh has made impressive strides in economic and social sectors. “No one now dies from hunger. But there’re slow death and early death for not having access to required amount of food and nutritious food for years after years, a thing which is not visible,” he said.

Arshad Hossain Siddiqui said as Bangladesh is marching towards becoming a middle-income country, the right to food should be legally established.

The event was organised in association with the Christian Aid and the ICCO Cooperation.