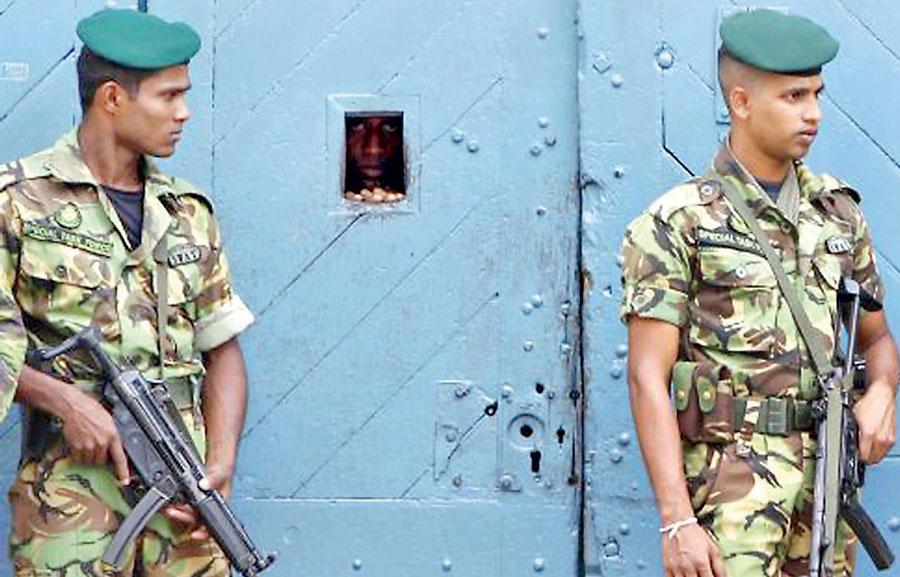 By Amresh Gunasingham
Sri Lanka’s move in February 2019 to bring back capital punishment for convicted drug offenders has put a spotlight on the growth of narcotics-related crime in the country. The government’s apparent tough stance is in response to concerns that Sri Lanka is re-emerging as a transit hub for global drug trafficking networks.

The announcement that Sri Lanka will start to hang convicted drug offenders — ending a nearly half-century moratorium on executions — is a move that closely mirrors the controversial tactics employed by Philippine President Rodrigo Duterte in his country’s war on drugs.

During a State visit to the Philippines in January, Sri Lankan President Maithripala Sirisena acknowledged the proliferation of illegal drugs in Sri Lanka and lauded the Philippines’ strategy in dealing with the issue. Duterte is running a controversial law-and-order operation that has killed at least 5000 drug offenders since 2016. More than 200 people in Bangladesh have been killed by police in a similar campaign.

Tougher approach
President Sirisena, who has been in office since 2015, is indicating that the government will also deploy the military in anti-narcotics operations. Authorities say a tougher approach is required to deal with drug-related crime, amidst concerns international drug smugglers are using Sri Lanka as a transit hub in Asia. The re-introduction of capital punishment is also significant: although criminals are regularly given death sentences for murder, rape and drug-related crimes, until now their punishments have been commuted to life imprisonment. Nobody has been executed in the country for 42 years.

Although Sri Lanka is not a major producer of contraband drugs, its strategic location along important maritime and aviation shipping routes between Europe and Southeast Asia makes it an attractive gateway for international drug trafficking cartels. Law enforcement officials say organised gangs seek to conceal their shipments to Australian and European markets by bringing them into Sir Lanka, before switching the cargo into Sri Lankan containers and sending them onwards. Colombo’s high volumes of traffic and lack of effective security checks on cargo make it an attractive trans-shipment point.

According to government officials, a spike in large-scale cocaine seizures (a drug previously uncommon in Sri Lanka) is a clear indication that the country is emerging as a key transit point for drug-smugglers. Counter-narcotics operations had traditionally focused their efforts on heroin and synthetic drugs. In December 2016, 928 kilograms of cocaine — the largest ever cocaine haul in South Asia — was discovered aboard a Colombian ship bound for India, one of several high value cocaine seizures in recent years. In March 2019, Sri Lanka’s police arrested two people and seized nearly 300 kilograms of heroin, estimated to be worth US$17 million — the island’s biggest haul of the narcotic.

The growing evidence that Sri Lanka is being used as a regional drug distribution hub raises the risk that the flow of narcotics will create a local user base as well. According to the National Dangerous Drugs Control Board (the central government agency in charge of combating drug use), there were 79,378 drug-related arrests in 2016, a sharp rise from the 47,926 cases in 2012. The government maintains that high conviction rates are a result of enhanced law enforcement operations, but experts argue that they can at least partly be explained by a larger number of both drug traffickers and users.

Task force
Among other initiatives, the President has set up a task force directly under his purview that implements and supervises a national drug prevention programme. Law enforcement and the military have also stepped up their operations, while amendments to the National Policy for the Prevention and Control of Drug Abuse of 2005 have strengthened legislation against the production, smuggling, trafficking and use of illicit drugs in the country. Sri Lanka has also sought international assistance. For example, Singapore, which also takes a tough stance on drug crimes, is providing technical expertise on programs conducted by Sri Lanka to prevent and control drug trafficking.

One challenge is the lack of financial and human resources committed to capacity-building like training for anti-narcotic officers. A low number of drug users also enter rehabilitation programmes, while treatment facilities in prisons have few takers. The government needs to allocate more money to rehabilitation and reintegration programs for the victims of drugs, particularly youth.

Capital punishment was previously re-introduced in the country after a heroin crisis in 1984, and again in 2004 after a judge known for handing out tough sentences was gunned down. Both instances were followed by opposition from domestic human rights groups and significant public opinion against the use of capital punishment. The current government will have to overcome both domestic and international opposition from those who do not endorse the death penalty for drug trafficking.

Several Western countries often provide information on drug trafficking networks operating internationally on the condition that prosecution will not lead to the death penalty. By ignoring the moratorium on the death penalty, Sri Lanka risks alienating nations whose help is needed to combat drug trafficking. While the current government appears to be getting tough on drug crimes, there are challenges ahead.
(Courtesy: East Asia Forum)
(Amresh Gunasingham is an Associate Editor with the International Centre for Political Violence and Terrorism Research, a constituent unit of the S. Rajaratnam School of International Studies (RSIS), Nanyang Technological University, Singapore)