The present proposal also raises a fundamental question as to whether, more than nine years after the end of war, Sri Lanka requires anti-terror legislation especially in a context when a multitude of regular laws provide authorities with necessary powers. 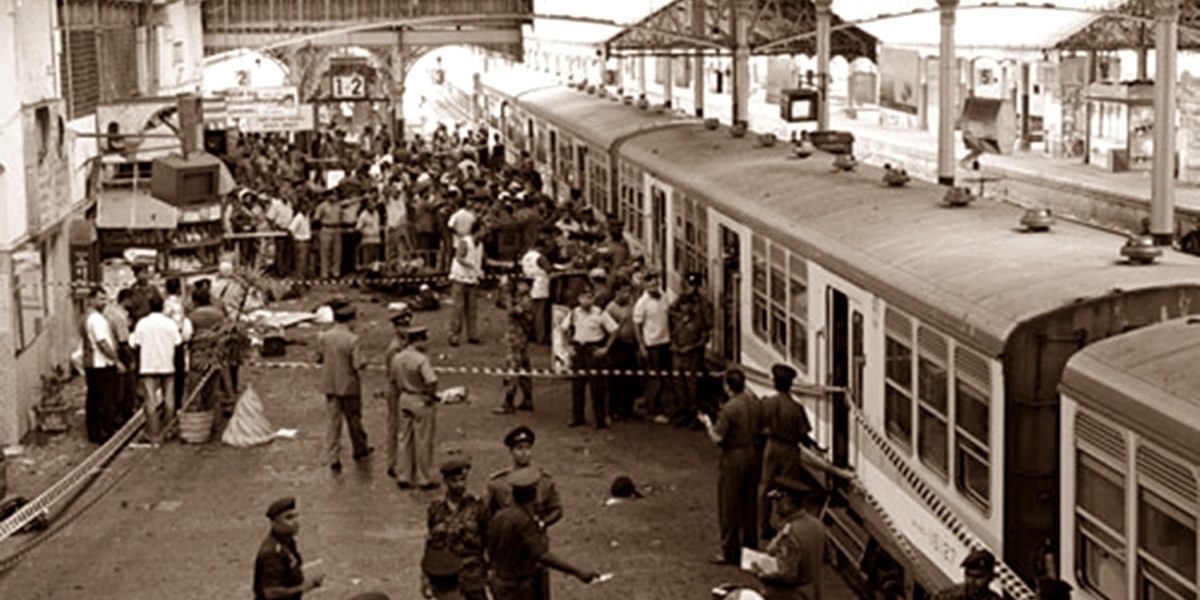 Sri Lanka’s near three-decade ethnic war and numerous conflicts were used to justify attempts by successive governments to introduce and maintain broad sweeping legislation and regulations in the guise of countering terrorism and addressing national security. The notorious Prevention of Terrorism Act (PTA) introduced in 1979 as a temporary measure continues to be in force nearly four decades after, having outlived the war and several governments. Despite assurances by sections of the present government to halt its use, the PTA continues to be used as demonstrated by indictments filed this year in the High Court of Sri Lanka and most recently in detaining an Indian national.

The recent approval of the proposed Counter Terrorism Bill (proposed Bill) by the Cabinet of Ministers in September 2018 marks a shift in how authorities have viewed counter terrorism measures vis-a-vis individual liberties. The proposed Bill is a marked improvement from the PTA and a previously leaked version of the Counter Terrorism Framework but it is to be seen what form a new law will take considering the process ahead. The present proposal also raises a fundamental question as to whether, more than nine years after the end of war, Sri Lanka requires anti-terror legislation especially in a context when a multitude of regular laws provide authorities with necessary powers. However there is also a danger in not engaging with and critiquing the substance of the proposed Bill.

PTA and its deeply troubling legacy

The PTA has had a chilling effect on civil liberties with sweeping powers provided to the law and order authorities to target individuals, with reports over the years demonstrating how it was used to target ethnic minorities, media and political opponents. This was evident with the trial and convictionof journalist J.S. Tissainayagam in 2009. Findings in 2017 by the United Nations Special Rapporteur for Counter Terrorism and Human Rights reported that 80% of those arrested under the PTA in 2016 had reported torture and other cruel and inhuman treatment. The same report documented 70 prisoners languished without trial for over five years with a dozen prisoners being detained without a trial for more than 10 years.

With the end of the war in 2009, the then government of President Mahinda Rajapaksa came under significant pressure to halt the use of emergency regulations and to reform the PTA. The easy way out for the hawkish regime was to discontinue the state of emergency and to include powers provided within emergency regulations as PTA regulations. Despite being challenged in court by the Tamil National Alliance (TNA), the main minority political party and civil society, the Supreme Court upheld the PTA regulations which continue to be in force today. The official line to defend its existence usually harks to the need to have robust anti-terrorism measures to counter any threats to and to protect the territorial integrity and sovereignty of the country. The question though is whether such a wide ranging law, even in its present proposed form, is necessary or whether regular laws are sufficient to address potential future threats.

Proposed Bill and its potential impact

While questions should be asked on the necessity of counter terrorism laws, it is also noteworthy to examine what has been proposed. The proposed Bill makes positive strides in strengthening judicial oversight with arrests, detentions and search operations, providing for magistrates to be involved in processes that presently remain largely with the law and order authorities with limited judicial checks and balances. For example, the proposed Bill provides that suspects arrested be produced before a Magistrate within 48 hours. This is in contrast to the PTA which allows for detention for 72 hours before a suspect must be produced before a Magistrate. The PTA also provides detention orders to be valid for three months and extended for up to 18 months with suspects being kept in remand custody till the end of a trial. In contrast, the proposed Bill ensures that detention orders are limited to two week periods with a maximum period of eight weeks. The Magistrate can also refuse the extension of a Detention Order after two weeks.

Another positive is that the proposed Bill allows the Magistrate to personally meet and interview a suspect without the presence of the police. The Magistrate also can enter without advance notice a place of detention and interview suspects held in detention. In addition, a suspect can also be given bail after six months after arrest if criminal proceedings are not instituted. As noted above, under the PTA, some continue to languish without charges for over a decade.

Other areas which have strengthened the right to due process of suspects include recognising the right to access to an attorney-at-law, being informed in writing of the alleged offence resulting in the arrest and the identity of the arresting officer, the next of kin being issued an acknowledgment of arrest and custody within 24 hours and the Human Rights Commission of Sri Lanka (HRCSL) being informed of such arrests. The proposed Bill provides for a greater role and access to the HRCSL, a welcome move.

Although certain improvements are noted, some clauses in the proposed Bill are of concern. One is the power of a deputy inspector general of police to issue detention orders which can be open to abuse in a context such as Sri Lanka where transgressions linked to the law and order authorities has been evident in the recent past.

There is also concern with providing the police the power to obtain information on financial matters including bank accounts and financial transactions and the power to intercept, listen or record any postal message or electronic mail or any telephone, voice, internet or video conversation or conference or any communication through any other medium. Both these require a judicial order but this alone may not be a sufficient safeguard considering Sri Lanka dark history and abuse of power by some state entities and also in the context that Sri Lanka lacks any meaningful laws that protect citizens right to privacy.

Another area requiring further attention is the proposal to expand the list of offices with the power to arrest without a warrant to include “any police officer, an officer or member of the armed forces or a coast guard officer”. Why such powers are given to those beyond the police should be questioned especially in a context where there are increasing reports of allegations of torture and undermining of justice by some in the security forces with a need to tighten any gaps that may facilitate the abuse of powers and undermining of the rule of law in Sri Lanka.

Powers provided to the minister to issue orders also require further study including the power to issue Proscription Orders which can be issued against organisations that can result in prohibiting its activities, use of bank accounts and fundraising among others. Such powers may have wide ramifications and lead to possible stifling of the work of civil society, media and other critical entities. An order can be issued for one year with the option of extensions. Moves to control activities of organisations are not new. The government attempted earlier this year to control activities of civil society and other private entities which was successfully countered by local groups in Sri Lanka.

Despite some positive steps with regards to the substances of the proposed Bill, concerns regarding the process by which the Bill was drafted have already dominated debates. The drafting process for the proposed Bill reportedly underwent over a year of deliberation with significant divisions within the government on the contours of a future counter terrorism framework. The more hawkish faction in government has consistently advocated for a strong role for the security apparatus with minimum to tokenistic oversight by the judiciary and independent entities such as the HRCSL. Proponents for greater judicial oversight and safeguards on individual liberties have had to persistently push back on attempts to retain some of the more draconian provisions of the PTA. Also of concerns is the fact that the drafting process is shrouded in secrecy with no known consultation taking place with stakeholders on a key legislation that is likely to impact citizens for years and possibly decades to come.

Media reports of the recent Cabinet meeting that approved the proposed Bill highlight the continuing divisions with key ministers threatening to introduce amendments in Parliament. Such amendments, if enacted, will be beyond the scrutiny of the judiciary and citizens as Sri Lanka does not have post-enactment judicial review of legislation. And Sri Lanka’s own troubling past demonstrates the challenges in repealing and reforming legislation, including those initially introduced as temporary measures such as the PTA. It is indeed unfortunate that President Maithripala Sirisena who promised ambitious reforms in 2015 including in the realm of promoting human rights and strengthening the rule of law is reportedly siding with the faction proposing such amendments that may have a devastating impact on individual liberties.

Can Sri Lanka learn from past mistakes?

Sri Lanka is at a critical juncture where many of the promised reforms from 2015 are in doubt. The coalition government was elected on the promise to address the legacies of the war, anti-corruption measures and a host of other ambitious reforms and confidence-building measures. Repeal of the PTA and replacing it with an anti terror law in adherence to international best practices was one key promise and linked to structural, legal and policy reforms critical if Sri Lanka is to experience genuine transformation.

The proposed Bill in its present form, is an attempt to move in this direction though much more is required if Sri Lanka is to address its entrenched culture of impunity. Political leadership and vision is critical though presently lacking from a coalition government that is more interested in its own survival than grasp this rare opportunity to usher in much-needed changes that can positively impact the lives of all its citizens. The next few weeks and possibly months will be a test for Sri Lanka where we are likely to witness polarized debates on the issues of national security, sovereignty, individual liberties and fundamental freedoms. What will ultimately evolve in terms of a Counter Terrorism Law, similar to its predecessor the PTA, is likely to define the path Sri Lanka and Sri Lankans will take in the next few decades.