Menu
Menu
Menu
By Ramu Ramanathan While India sleeps at the stroke of the midnight hour, Jatin Desai will be celebrating the Independence Days of India and Pakistan at the Wagah border. This chapter began in 2003 when he travelled to Karachi for the first time. But it was during his second visit to Pakistan that he realised the sufferings of the fishing community of India and Pakistan. Desai says, “They get arrested mid-sea by the Indian Coast Guard or Pakistan’s Maritime Security Agency (MSA) for no fault of theirs.”

Desai met Indian fishermen who spent time in Karachi jail. Later, he met a few Pakistani fishermen in Jamnagar jail. He says, “All their stories are either of miscalculations made while negotiating the sea or errors in direction, both of which have to do with the absence of a clear demarcation of boundaries in the waters.”

I ask him, what happens after they are arrested? He replies, “Whenever a fisherman who has been arrested from the other side of the border dies, it takes at least a month for his body to reach his relatives back home.” And so, fishermen Vaaga Chauhan and Ratan Das, both from Una in Gujarat’s Saurashtra region, were reportedly arrested by Pakistani authorities when their boats strayed into the country’s waters. Though they died in Karachi on December 12, 2015 and February 8, 2016, respectively, Desai says, “Their bodies arrived in India months later, only on April 14, 2018. Similarly, Nawaz Ali’s body reached Pakistan a month after his death.”

Most of the fishermen who get arrested by Pakistan’s MSA are from the Saurashtra region of Gujarat and Diu. Desai says, “As of today, 400 Indian fishermen are in the custody of Pakistan. Similarly, 108 Pakistani fishermen are in Indian jails.”

Besides being the general secretary of Pakistan-India Peoples’ Forum for Peace and Democracy (PIPFPD), Desai has been a part of the teams that published a report on the honour crimes in Ahmednagar district of Maharashtra, plus the factfinding report on the Economic Blockade of Nepal in 2015. Desai says, “It created havoc in Nepal. We highlighted how landlocked countries suffer.”

He was brought up in Chembur and his main aim in life was to be a cricketer. Sixty-two-old Desai reminisces, “In those days, every building used to have huge grounds. We used to play cricket. I used to lead our team. India’s greatest magic leg spinner B Chandrasekhar was my icon.” After graduating, he worked with adivasis in the Thane district as a political activist. Life was tough. He recounts, “Today, activists are part of NGOs. They get paid. In our times it was different. We used to collect money from friends and survive.” In the mid-eighties, he joined Gujarat Samachar; and later Janmabhoomi.

Thanks to the solid work, PIPFPD is active in both countries. Desai says, “We have developed fraternal relations with Pakistani organisations like the Pakistan Fisherfolk Forum (PFF) to work on the issue of fishermen.” In addition, the Mumbai Press Club has sisterly relations with the Karachi Press Club — a citadel of civil liberty and freedom.

There is the classic tale, told with much relish by senior scribes. It dates back to the time when Zia-ul-Haq was the president of Pakistan. He wanted the Karachi Press Club to invite him. Desai recounts, “Please remember, it was a dark period. It was difficult to criticise Zia. But the Karachi Press Club was one of the places where democrats, liberals and leftists used to meet and criticise the Zia regime. The office-bearers of the Club never allowed the police to enter the Club. Also, they never invited Zia. At that time Zia said, ‘It’s an enemy territory’. Faiz Ahmed Faiz responded by saying, ‘The Karachi Press Club is the only liberated territory in Pakistan’.” Desai concludes the anecdote by saying even today, the Karachi Press Club sustains that fearless tradition.

When asked on the 72nd Independence Day about the future of Indo-Pak relationships, Jatin Desai says, “I have always been an optimist. There is hope. And people live in hope. India must grab the opportunity and resume dialogue. Dialogue leads to trust. There are doable issues like Siachen, Wullar Barrage, Sir Creek, people-to-people-contact, crossborder trade, relaxation of visa, etc.”

Will the election of a cricketer as Pakistan’s PM boost friendship? Desai replies, “People-to-people contact and allowing cultural and sports exchanges between two countries can play magic and reduce tension. India and Pakistan are cricket crazy nations, where cricketers are icons. Cricketers of both the countries are great friends. Imran Khan is most popular in India.” Any advice for the recently appointed head of state? Desai says, “Release all fishermen, women and other innocents from the prisons of the other country. This will send a positive message and reduce tension drastically.”

— (Ramu Ramanathan is a playwright, editor of PrintWeek and a Mumbaikar. This column appears here every fortnight)

What is the best place in Mumbai: The Mumbai Press Club. It is a place where you can discuss any subject like films, cricket, politics, international relations, conflict resolutions. Such a place is difficult to find in Mumbai, which is gradually becoming de-politicised.

A day in Mumbai which you shall never forget: I will never forget the day of the Mumbai floods of July 26, 2005. It was raining heavily but my colleagues and I had to go to a newspaper office, as they had assured us support in a conference against nuclear weapons to be held on August 6 (Hiroshima Day). Knowing quite well that it will be difficult to return home, we took a risk. I reached home, next day, after 16 hours of walking.

One event in Mumbai which cast an everlasting impression on you?
I will never forget the serial bomb blasts of March 12, 1993. I was near the Bombay Stock Exchange at the Bombay Union of Journalists (BUJ) office. I rushed to the spot after hearing a loud explosion. I saw dead bodies. During that period I was in the office for a few days. Later, fellow journalist Ajith Pillai and I decided to catch the last train to go home. In the train there were only three commuters. It was scary. We realised then, our society had been divided on religious lines. 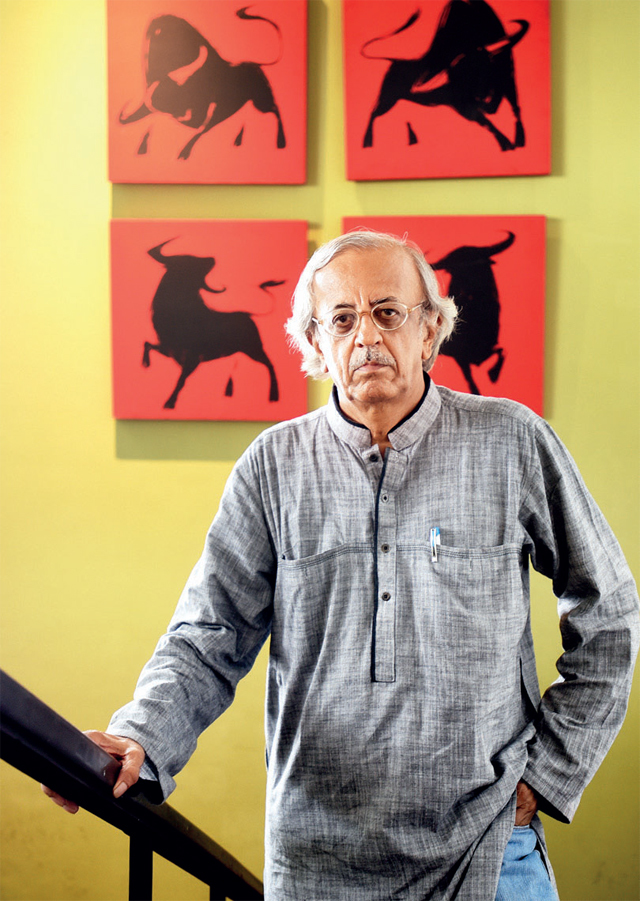