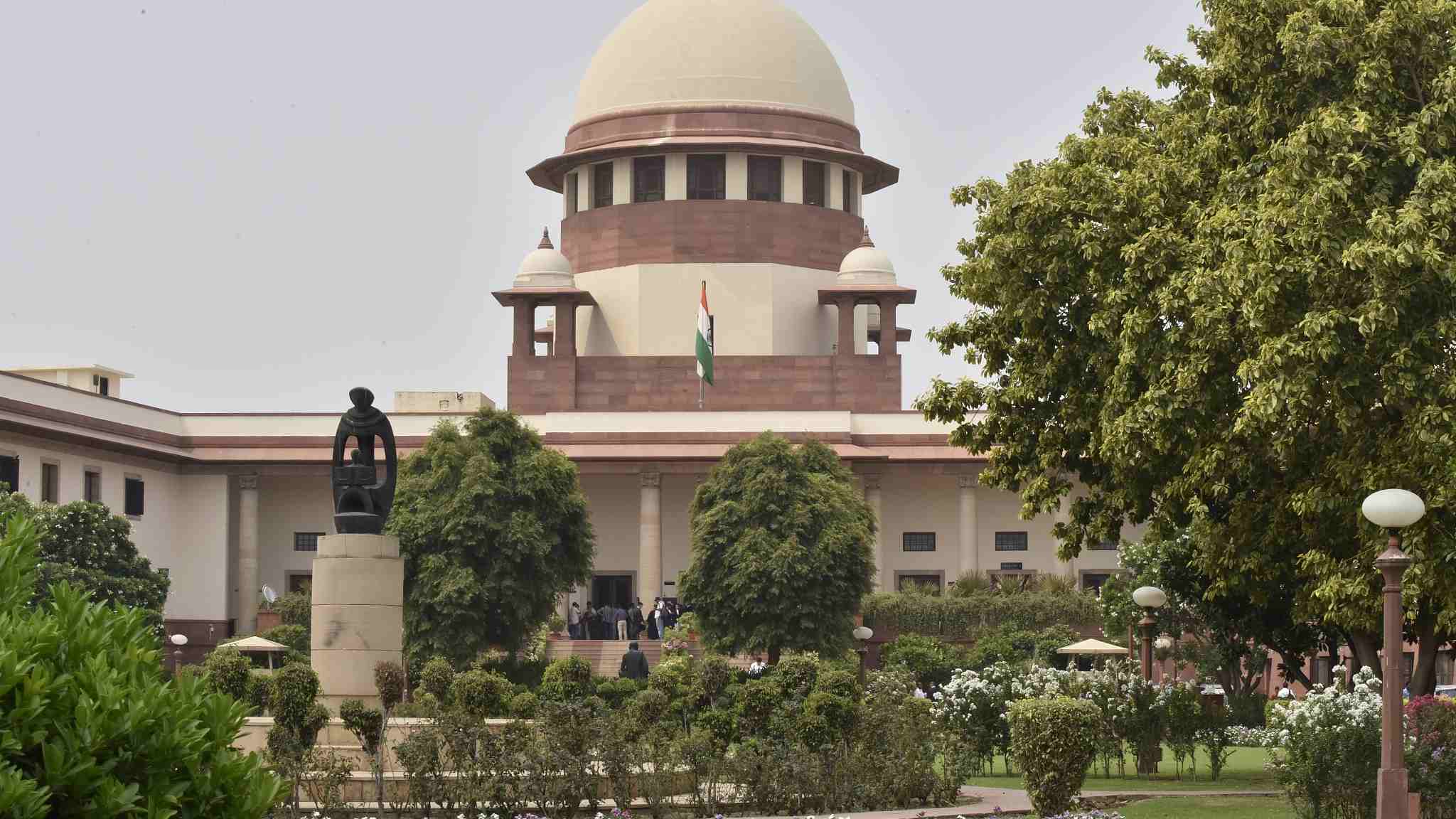 With India’s LGBTQ community carefully watching, the country’s Supreme Court on Tuesday began hearing a challenge to Section 377 – a part of the penal code that effectively bans homosexuality.

Activists are hopeful a court decision to lift the ban would have broad consequences for India’s LGBTQ community, with many seeing it as a win for human rights.

The current Supreme Court review could take several weeks and cases against the penal code have been in the legal system since 2009, when it was briefly lifted, and then later overturned. We take a look at the law’s circuitous pathway through the court system.

1861: Section 377 was codified in British-ruled India, outlawing same-sex acts as an “unnatural offense.” The code reads:

“Whoever voluntarily has carnal intercourse against the order of nature with any man, woman or animal, shall be punished with imprisonment for life, or with imprisonment of either description for a term which may extend to ten years, and shall also be liable to fine.

Explanation: Penetration is sufficient to constitute the carnal intercourse necessary for the offence described in this section.”

Modeled after the Buggery Act of 1553, the law defines “buggery” as unnatural sex acts against the will of God and man. This was later overturned in the UK by the Sexual Offences Act 1967, which decriminalized homosexuality. However, the colonial-era law remains in place in India 157 years later. 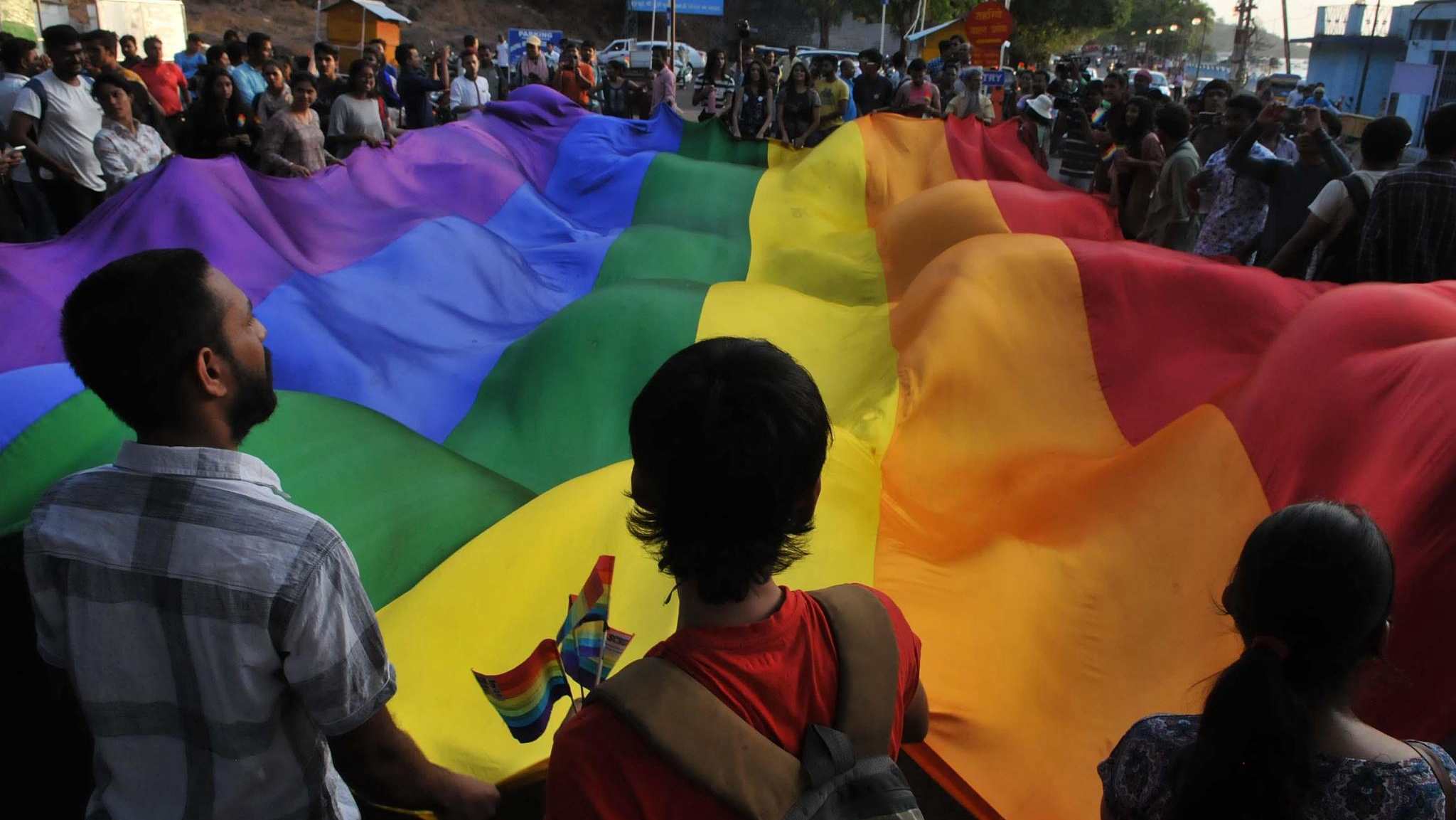 LGBT community members along with supporters waving a rainbow flag during central India`s first pride parade taken out to mark the International day against Homophobia and Transphobia on May 17, 2017 in Bhopal, India. / VCG photo

2001: The Naz Foundation India, a non-governmental organization, filed a lawsuit in the Delhi High Court challenging the constitutionality of Section 377. The foundation argued that it violated four articles of India’s Constitution: Article 14 on equality, Article 15 on equality on the basis of sex, Article 19 on freedom of speech and expression, and Article 21 on the right to privacy and health.

July 2, 2009: New Delhi’s highest court overturned Section 377, calling it unconstitutional. The landmark decision directly addressed gay and lesbian rights for the first time, with the judges writing: “As it stands, Section 377 denies a gay person a right to full personhood which is implicit in notion of life under Article 21 of the Constitution.” They also found it to be in violation of Articles 14 and 15 of the Constitution.

Because the decision only applied to New Delhi, it set up a battle at the national level to determine whether it would be implemented across the country.

2015: Trying to go the legislative route, the introduction of a bill to decriminalize homosexuality was voted down in the lower house of Parliament.

August 2017: India’s Supreme Court ruled that the right to privacy is a fundamental right. It also wrote that “sexual orientation is an essential attribution of privacy.”

The judgment has implicit consequences on the Supreme Court’s 2013 ruling on Section 377.

January 8, 2018: The Supreme Court announced it would re-examine its 2013 decision in light of the decision on sexual orientation as part of a person’s right to privacy.

Justice Dipak Misra wrote, the “earlier decision of the Supreme Court in 2013 requires to be reconsidered because of the constitutional issues involved and we think it appropriate to send this to a larger bench.”

July 10, 2018: A five-court bench started hearing a group of petitions challenging Section 377. The court is expected to take several weeks to come to a decision.

July 11, 2018: India’s union government, the Centre, said it was up to the court to decide on the legality of Section 377. In an affidavit presented by solicitor general Tushar Mehta, it said it would “leave [the] decision to the wisdom of the court,” though it cautioned against going outside of the specific code. “The SC should not rule on any other issue as it could have far reaching consequences for the future,” said Mehta.