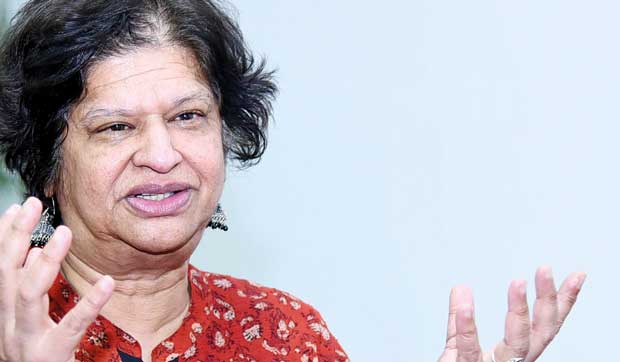 Constitutionalizing ESC rights means having framework laws, legislations, monitoring bodies to implement, ensuring access to justice for those whose

rights have been violated

Sri Lanka ratified the Covenant in 1980. However, our current Constitution does not include judicially enforceable economic, social and cultural (ESC) rights. ESC rights are socio-economic human rights such as the right to education, adequate housing, health etc. At the end of a two-day visit to Sri Lanka, last month, Gomes spoke to the Dailymirror on her observations. She reiterated the need for a new constitution which includes judicially enforceable ESC rights.

Q. What are the clandestine forms of human rights violations occurring today?

Q. According to your observations of Sri Lanka what are some of the pressing human rights related issues? 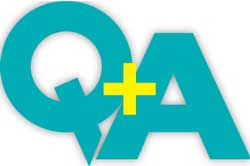 I think your first big concern is to adopt a new Constitution. But you cannot do it in isolation of the reparation process, of the reconciliation measures and of transitional justice. They need to go together. Or otherwise the notion of this not going well will be in people’s hearts.

The priority issues are missing persons, families of missing persons, forfeited land, individuals who have lost people they love, people who have lost the land they want and are still displaced. They have to be looked at in the wider context of reconciliation and constitutional reform. This for Sri Lanka is a very important endeavour as of now.

Q. Sri Lanka provides free healthcare and free education. But in terms of ensuring ESC rights what more can be done?

Providing health care – I think you referred to basic healthcare – and providing free education is already a very important economic, social and cultural rights guarantees. But there are other ESC rights that also require attention. One of them is the right to work. Here I would perhaps highlight the right to justice and fair conditions of work. From what I’ve heard during these two days and my knowledge of Sri Lanka for quite some time, there are groups of workers that are subject to particularly difficult conditions; for example, plantation workers. The issue of migrant workers is also an issue that is a little complex in Sri Lanka. You now have all these people who are in danger of losing their livelihoods because of development projects, tourism, hotels etc.

Right to housing is another right. Guaranteeing free education and free healthcare is good and it’s an important step. But that’s not enough. You have to move progressively towards free secondary healthcare. I know Sri Lanka has done very well in terms of the social indicators. So there has been a huge investment along the years. Now you’ve got to go the extra step and make them into rights and put them into the Constitution.

Q. Why is it necessary to explicitly constitutionalize ESC rights?

It’s important to constitutionalize ESC rights for many reasons. One being that rights are indivisible and interdependent. In 1993 at the World Conference on Human Rights in Vienna all the countries agreed that human rights are universal, indivisible, interdependent, and inter-related. You cannot just say these words. You have to put them into practice. So what does it mean for rights to be inter-related? What does it mean for rights to be interdependent? It’s that you can’t enjoy one right without enjoying the other rights. Take a child who’s in school and who’s ill. You’ll normally realize that the child comes from a poor background. May be the health conditions of the house are not the best. Proper transport is absent, the child gets up very early in the morning and has to travel a long way. So there are a lot of issues. One of the reasons to constitutionalize ESC rights is that all these aspects are taken into account. So the indivisibility of rights plays out. In the constitution they should have the same degree of importance.

The issue of migrant workers is also an issue that is a little complex in Sri Lanka. You now have all these people who are in danger of losing their livelihoods because of development projects, tourism, hotels etc

My third argument is that if ESC rights are in the Constitution then the Government will follow up constitutional provisions, and have good framework laws. You will have a framework law for education, for health, for housing etc. A framework law is a very important step in building the whole legal architecture to materialize the right. Unless it’s in the constitution it does not play out in the same way.

People say that the judiciary would interfere in the legislative mandate. That does not happen very often, and if it does it’s because the judiciary has to review a policy that’s perhaps not going well. So the judiciary will not make policies, but it is for the judiciary to review policies. If the policies are not working, if they are not reaching the person who is in need, then to whom will the rights holder go? It is not as if all policies are implemented perfectly. That’s not true. So people are left out. There are issues of discrimination. To whom would you go? You need to have someone who can decide. And that is the justice system.

Q. In terms of the International Covenant on Economic, Social and Cultural Rights(ICESCR) what is the Government required to do to assure people’s ESC rights? 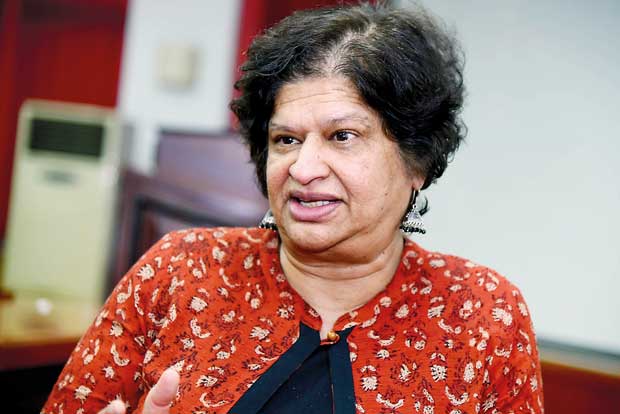 “There are some things which have been positive in Sri Lanka”

Then there is the obligation to fulfill which is to make your right real. It’s not enough to say you have a right to free education. What does it mean to have free education when there are no good schools, no good teachers, and no transport for children to get there? It doesn’t mean anything. So you have to have a good school system, good teachers, good non-teaching staff, and leisure centres. You have to have all these elements to make the right real. That’s called ‘fulfill’. In ‘fulfill’ you have two levels again. One is the core obligation which is the minimum level of obligations. In respect to right to education it is free compulsory basic education.

The second level is progressive realization because you can’t stop at the core obligations. You have to move on. What the covenant requires is full implementation of the rights. I know that’s a dream and an aspiration. But that’s the way it should go. When countries come to our treaty body and they are very happy about what they have done, we do acknowledge what they have done. But we always tell them the mandate of the committee is to look for full implementation. This does not mean that we (the committee) are working against the State or that we are on opposite sides. We just have a different role to play.

Q. What is the role of the Committee on ESC rights when it comes to assuring how Governments protect ESC rights?

The Committee has three roles. One is the role of reviewing the States, holding a dialogue with States and then issuing concluding observations, which is a document which we hope will become a living document because otherwise it doesn’t serve its purpose. It includes what the committee identifies as positive points, what it signals as its concerns and the recommendations to improve the situation.

The third role is not still important for Sri Lanka as this country has not ratified the Optional Protocol. It is the role of considering individual complaints. But that can only be done by citizens of States that have ratified the Optional Protocol. Only 24 States have done that. In fact, it’s sad because the rate of ratification from Asia is extremely low. It’s only Mongolia that has ratified it from Asia.

Q. How satisfied is the committee regarding Sri Lanka’s performance in guaranteeing ESC rights?

Then we have specific concerns in relation to discrimination of the LGBTIQ community, issues pertaining to quotas for women, issues related to plantation workers, migrant workers. There are some things which have been positive in Sri Lanka. We also welcome the intervention of the civil society in the alternative report that the civil society prepared which was very useful. The National Human Rights Commission had an excellent report to the committee. I think the dialogue was constructive.

Q.  What is the experience of other countries which have constitutionalized ESC rights, in relation to how it has benefitted their citizens?

In my own country, Portugal, we have a beautiful Constitution because it was written immediately after the fall of the dictatorship. Everyone has a right to social security. Everyone has a right to housing. But what does that mean in reality? No State can give everyone the right to housing at a certain moment. It means having framework laws, legislations, monitoring bodies to implement, ensuring access to justice for those whose rights have been violated. It’s a gradual process. But the fact that the right was in the constitution was the beginning of it all. So that is what is important to all countries to remember. The beginning of it all is a constitutional right. The rest will happen or will not happen. But if it’s not in the constitution it will probably not happen.

Q. Does it also mean that the Government has to provide, say for example, housing, free of charge?

It’s not a matter of the Government providing housing free of charge or Government giving everyone a job at the same time. There are certain parts of the right which are the core elements of the right which the Government has to do. I would not say the Government has to provide a two-room house free of charge to everyone because that doesn’t work like that. But no one should be forced to sleep on the streets. No child should go illiterate because the family doesn’t have money to buy uniforms. Perhaps compulsory education is free, but the family may not have money to buy uniforms and books. That would place that child in an unequal situation. There will be no equal opportunities. The State cannot allow this.

Q. In brief can you make some recommendations for the Sri Lankan Government to follow and improve its state of human rights?

Our major concern is regarding the constitutional reform process. Have a good constitutional reform tied to transitional justice because the two things go together. I think there are some particular groups of people that require specific attention such as the vedda community. We’ve had plenty of discussions with women and what their difficulties are, and the plantation workers. What we’ve said in the concluding observations is our recommendations to the State of Sri Lanka and I would underline it is the State of Sri Lanka. The Government is the interface for the dialogue, but who has ratified the Covenant? It is the State. So the recommendations and the guidance is to the State of Sri Lanka.