New Delhi: The armed forces are “proportionately” retaliating to Pakistani actions along the Line of Control (LoC) in Jammu and Kashmir and effectively containing cross border infiltration, Defence Minister Nirmala Sitharaman said. She also said there was “no rethinking as of now” on the Armed Forces (Special Powers) Act (AFSPA), which has been in force in Jammu and Kashmir and several insurgency-hit states in the North East. 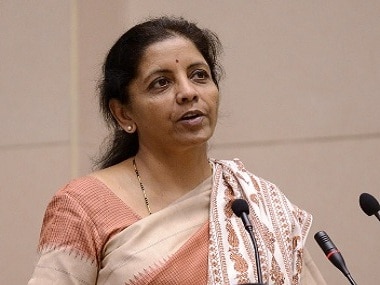 The Act gives the security forces special rights and immunity in carrying out various operations in disturbed areas. There has been a long-standing demand from various quarters in Jammu and Kashmir and the North East to withdraw it. Asked about the situation in Maldives, Sitharaman said “we are watching it”. On the situation along the LoC, she said, “We are able to contain infiltration to a large extent. We are also able to retaliate proportionately (to Pakistani actions).”

She said security forces are “eliminating” the infiltrators at the LoC before they could sneak into the Indian side but added that it would be not right to say that no one manages to infiltrate.
The LoC has remained volatile since last year. According to official figures, 860 incidents of ceasefire violations by Pakistani troops were reported in 2017 as against 221 the year before.
Six army personnel and a civilian were killed in an attack on the Sunjuwan military station in Jammu on February 10. The attack on the camp had come days after four army men were killed in Pakistani firing in Rajouri district of Jammu and Kashmir.

After the Sunjuwan attack, Sitharaman had said that Pakistan would pay for the misadventure. Following the spate of attacks, the army had given “full freedom” to locals commanders of the army along the LoC to effectively retaliate any act of violence by Pakistani troops, army sources had said. They said the Indian Army has been inflicting heavy casualties to Pakistani troops while replying to Pakistani shelling along the LoC in the last few weeks.

Asked about demands to withdraw the AFSPA from Jammu and Kashmir and certain states of North East, Sitharaman said “there is no rethinking on it as of now.” In January, army chief Bipin Rawat had also said that time has not come to rethink on AFSPA.  “We have never been strong in applying the force the way it could be applied (under AFSPA). We are very concerned about human rights. We are absolutely concerned about collateral damage,” he had said.