Pakistani fishermen, particularly those living in the province of Sindh, face regular harassment from the authorities that are gradually usurping the areas crucial for fishing.

Fisheries and livestock minister Muhammad Ali Malkani and his cohorts, who have come to be the fisheries’ mafia, are continuously encroaching upon the poor fishermen’s ponds and rivers. These people are gradually illegally appropriating all the marine wealth.

Of late, Malkani and his nefarious associates have stepped up their activities causing immense hardship to the fishermen. Any voice of dissent or protest is immediately stifled. Disturbingly, a lot of muscle power is being used to silence the fishermen.

On their part, the fishermen have established an entity called Pakistan Fisherfolk Forum (PFF) to protect their commercial interests and well-being. But the threats they face are serious.

On December 25, Mohammad Ali Shah, chairman of the PFF and a well-known human rights crusader, and his colleagues were surveying some lakes in Sindh when they were attacked by Malkani and his men. Not only were they brutally beaten up but also abducted, and held hostage at the minister’s residence. 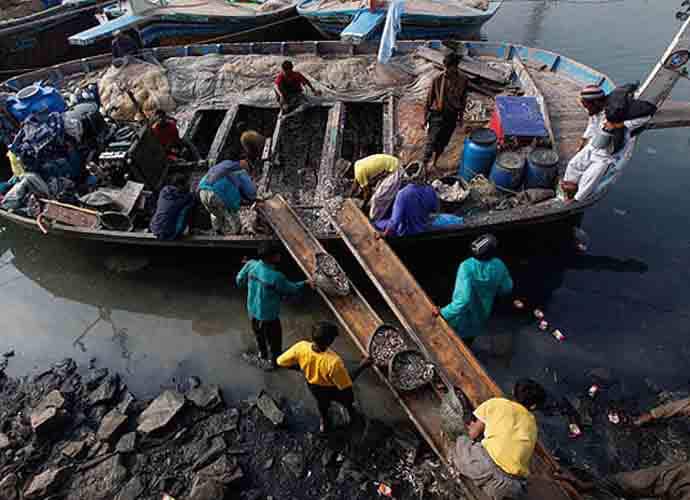 No care or regard for the law was shown, instead feudalism at its worst was displayed in the episode. The incident highlights the jungle raj prevalent in Pakistan. It also challenges the belief that only Pakistani military comes down heavily on its people as a man of the rank of minister chose to participate in an episode of lawlessness. It certainly can’t get more bizarre.

Prior to the abduction, Mohammad Ali Shah was mercilessly beaten up and allegedly tortured by the minister’s goons causing grievous injuries. Subsequent to the crime, no medical examination was conducted and no FIR filed against the offenders.

The country’s Supreme Court had to intervene in the matter and order medical attention for the injured. It is therefore clear that the minister’s writ runs in monstrous proportions in the country.

Surprisingly, there was no buzz in the media or any visible protest from any quarters. This silence from the civil society has become a routine emboldening the offenders to go on committing crimes like abduction and putting people in solitary confinements. The episode is worthy of condemnation from all human rights watchdogs.

This makes one wonder if it is possible for a cabinet minister in India to abduct an activist and confine him in his own house? It is simply impossible. However, this is possible in China.

Coming to back to the matter at hand, it has been learnt from a reliable segment of the fishermen that lake Kun Parau in Sindh province is the real bone of contention in this fight. The lake is currently under the forceful occupation of a wealthy and influential landlord and there are repeated attempts by the fishing community to evict him to ensure that their livelihood is not snatched.

In addition to this, 1,000 acres of wetland in the immediate proximity of Kun Parau remain a thorn in the flesh leading to the minister and his detractors fight tooth and nail over the proprietorship and appropriation of high value fishes.

On May 3, 2017, during a press conference, PFF had demanded action against Malkani but because of the latter’s authority and unbridled influence, nothing happened. Such is the might of the mafia in Pakistan. This is despite the fact that Article 38 of Pakistan’s constitution provides a guarantee to protect the livelihood of citizens irrespective of caste, creed or religion.

In the absence of any grievance redressal mechanism for the fishermen, the PFF has in a desperate bid approached the Asian Human Rights Commission (AHRC) to intervene in the matter to prevail upon Pakistani authorities and ensure the safety of Mohammad Ali Shah and his associates. AHRC, on its part, has written to the Pakistan’s prime minister, home minister and all other stakeholders drawing their attention to the case of Mohammad Ali Shah in particular and distressed fishermen in general.

Sadly, Pakistan yet again confirms its poor human rights track-record. The country should be more watchful as it is already under the world scanner for abetting terrorism, including shielding terrorists such as Hafiz Saeed.

Now that the whole world is watching Pakistan with hawkish eyes, it should treat its people, including the fishermen, more humanely. That’s the only way left to change its battered image.