Custodial deaths (deaths of alleged criminals while in the custody of police) are common and have long been a concern for human rights groups in Pakistan. Custodial deaths due to torture or deliberate shooting have increased in Pakistan in the last 40 years. The practice of police across Pakistan killing alleged criminals during encounters is also common. The Criminal Code of Procedure 1898 provides vast powers to police for conducting investigation, and they require no warrants for arresting the suspect where cognisable offence has been committed.

The code makes it mandatory for the police to produce the suspect before magistrate within 24 hours of their arrest for seeking physical remand/custody. The investigation officer can procure physical custody of the suspect up to a maximum of 15 days.

This is a point where the problem begins, after obtaining physical remand/custody from the magistrate of the suspect, police inflict torture for evidence collection resulting in death of the suspect or deliberately shot in order to get rid of investigation.

The latter practice of police is on higher side in Pakistan as it is considered to be an easier way of getting rid of investigation. In several of the cases of death in custody allegedly due to torture, the police said that the detained person committed suicide or that the victim died of natural causes.

Apart from vast powers given to the police under Criminal Code of Procedure, the magistrate under section 176 can initiate judicial inquiry into a death in custody of police. Generally, relatives of deceased suspect prefer to stay away from judicial inquiry because the police threat them of dire consequences.

Since November 1st, 4 incidents of custodial death came to the fore in Lahore, out of which, judicial inquiry of only 1 case headed by the magistrate has taken place for determining actual cause of death in custody of Muhammad Rizwan who was allegedly killed by Sabzazar police investigation officer Imtiaz Ahmed.

The deceased was booked for investigation along with his father, mother, sister and brother. Muhammad Rizwan was a juvenile, but the police inflicted torture for evidence collection and tortured him into confession. The police on November 29th, obtained three days physical custody and took him to Saidpur on the scene of the alleged crime.

The locals stated the police intentionally murdered Muhammad Rizwan with SMG riffle and fired five gunshots at him. Four landed on his chest and one landed on his right leg resulting in death. The police’s account that the 14 year old juvenile attempted to snatch a riffle from the constable of police in order to commit suicide cannot be believed by any sane mind.

Another case of police brutality is that of Yasir Butt who was killed while in the custody of Township police on December 7th, 2017. No report or official complaint had been filed with the police. An autopsy has also not been carried out either, despite the family’s claims that there are visible torture marks on the deceased’s body.

Death in police custody of a criminal should not be acceptable because proper investigation procedures enshrined in the law have to be followed in any case. Since these deaths take place in police custody, it is not easy to always buy the police’s claims about what caused them to commit the murder. 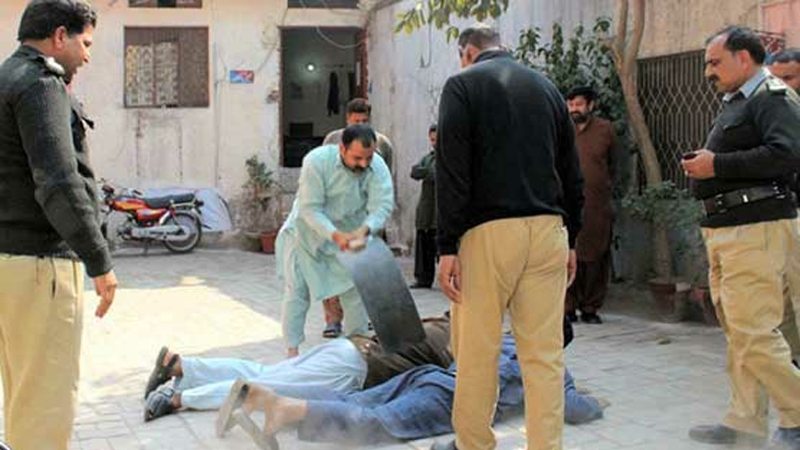 It is very hard to prove how they died if the other police officials because the possibility of witnesses ie other police officials lying to protect their colleagues cannot be denied. Lack of accountability is one of the reasons why cases of police brutality and custodial deaths continue to take place. The loopholes in the justice system, which make it easier for the police to commit extra-judicial murders and get away with it, need to be fixed on an urgent basis.