Not long ago, soon after the war, a common refrain about the Jaffna society was how hard working, thrifty and prudent its people were. But today, one often hears people decrying Jaffna society as having become lazy and spendthrift, landing itself in debt. It is true that Jaffna society is greatly mired in debt, but what are the causes of such indebtedness? How did the narrative around Jaffna youth change so much in the last few years?

Both local and international pundits have attributed the said laziness to foreign remittances from the Tamil diaspora. Drawing upon their armchair analyses, they talk endlessly about the Tamil diaspora, with pots of money, channelling their savings to people in Jaffna, making them lazy and complacent. However, a careful look at the flows of remittance in recent years tells another story about how a majority of the Tamil society is struggling to cope with the economic crisis, and about how rural youth are responding to their family needs.

During difficult periods and times of crises, social discourses tend to invariably blame the people, particularly the oppressed sections of society. Not only do they distort hard facts on the ground, but also lead to further oppression and exploitation of those on the margins.
If the young men are blamed for using mobile phones and “loafing around”, the young women are held responsible for the “cultural deterioration” of society, something you hear about repeatedly in Jaffna. As for the women, such a narrative is really about controlling women and their bodies, and restricting their freedoms. Furthermore, “cultural deterioration” becomes the umbrella argument to condemn youth in general, for how they dress, their absorption of popular culture from music to film, and of course their “laziness”.
It is not just the elite pundits who deploy this crude analysis; it is proliferated through the media, and eventually internalised by rural community leaders and at times, the people themselves. What is more problematic is that even economists and policy makers,when pushed on questions about livelihood concerns and lack of economic growth in Jaffna,resort to such cultural explanations.
In this context, any political economic analysis of the systemic challenges is ignored. The accumulation through dispossession with the proliferation of financial institutions is hardly considered despite the crippling indebtedness. Indeed, there is little reflection on the consequences of past policy choices and in turn societal responses.
The Jaffna middle classes for example curse the rural youth, claiming that their laziness is reflected in the lack of day wage labour. Here, a young man or woman for whom they offer work once every now and then may not turn up. That is used as proof to blame the youth, and such blame always begins with an individual they know. They do not consider the precariousness of day wage labour, it does not exist if there is rain, and it is all at the whims of the middle class person looking for casual labour. So, what are the Jaffna youth doing in response to the crisis in their households? How are they approaching work?

“I am not providing this data to claim that Jaffna men are more perseverant than men in the rest of the country! Rather, my point is that arguments about “laziness” and “hard working” are shaped by cultural biases”

In my research in rural Jaffna, there is little found by way of regular remittances from the diaspora. The households that do get remittances, in fact, only get occasional bulk transfers for weddings and social occasions. Village societies in the diaspora also have put funds into caste-linked social institutions, particularly temples. In any event, such remittances from the diaspora are clearly on the decline.
On the other hand, there is a considerable increase in the regular remittances sent by migrant workers. In the case of Jaffna, it is mainly young men, who make the arduous journey to the Middle East and places like Malaysia and work under harsh conditions to send a regular monthly remittance on the scale of Rs. 20,000 per month.
So how are so-called lazy young men in Jaffna faring in comparison to the rest of the country? According to Census and Statistics data, the male population of Jaffna District is 2.8% of the national male population in 2016. Now, the Sri Lanka Bureau of Foreign Employment data only records departures for foreign employment and not the total number of foreign employed. The number of men migrating for employment from Jaffna compared to the rest of the country was 2.7% in 2010. With the deepening economic crisis in Jaffna out migration for foreign employment doubled between 2012 and 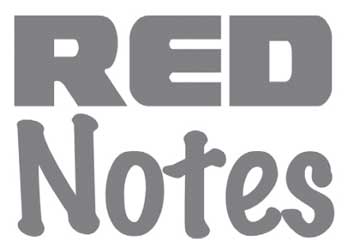 2014, from 3,621 to 7,817 departures. As a percentage of national migrant male workers, it was 4.1%, 3.3% and 3.7% in 2014, 2015 and 2016 respectively, which point to a much higher ratio of men from Jaffna willing to go work abroad.
I am not providing this data to claim that Jaffna men are more perseverant than men in the rest of the country! Rather, my point is that arguments about “laziness” and “hard working” are shaped by cultural biases. The real situation of the economy and labour are better found in systemic explanations of social and economic dynamics. Certainly, if men are willing to go for gruelling work abroad, then a careful analysis of the local economy is required to find out as to why they cannot work in their own setting.
Similarly, during field research in Jaffna and the Vanni, I have found that an increasing number of young women are willing to work in the exploitative garment industry. They are even moving to Free Trade Zones in the South when local employment is not forthcoming. A key lesson from this reality is that a sympathetic starting point with a political economic analysis may go a longer way in understanding rural social life than succumbing to conservative social discourses.

In most villages in Jaffna, what people yearn for is a regular monthly income so they can ensure a stable home. That also explains the rising numbers of migrant and garment labour under severe conditions of exploitation and exclusion.
The state’s reconstruction policies and the initiatives of donors and NGOs, focused on self-employment and self-generated livelihood programmes, have failed miserably in post-war Jaffna. 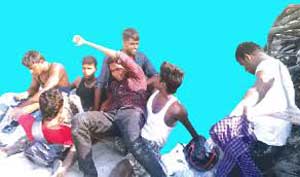 Placing the burden on individuals to generate incomes after devastation by war meant incomes were irregular and eventually led to dispossession. Instead of recognising the failure of such a vision, the youth are blamed instead.
A more meaningful approach to address both the economic problems in Jaffna and the aspirations of the youth would be investment to create local jobs that provide a regular income. That would mean investment to develop local resources and small industries. That would also require some critical reflection on the part of the economists, policy makers and other pundits who rarely consider the social and economic dynamics in rural settings.  As for the cultural life of youth, the elite classes and grumpy old men will always prefer the status quo rather than changes in society. That way, their dominant place in society is secure. Any serious change in Jaffna as in the rest of the country is likely to come from the youth, and we may want to listen to them before writing them off with moral judgments.