On the last two days of the UNHRC session, India voted in 15 resolutions and made a statement on Myanmar, the only resolution that did not go to a vote. 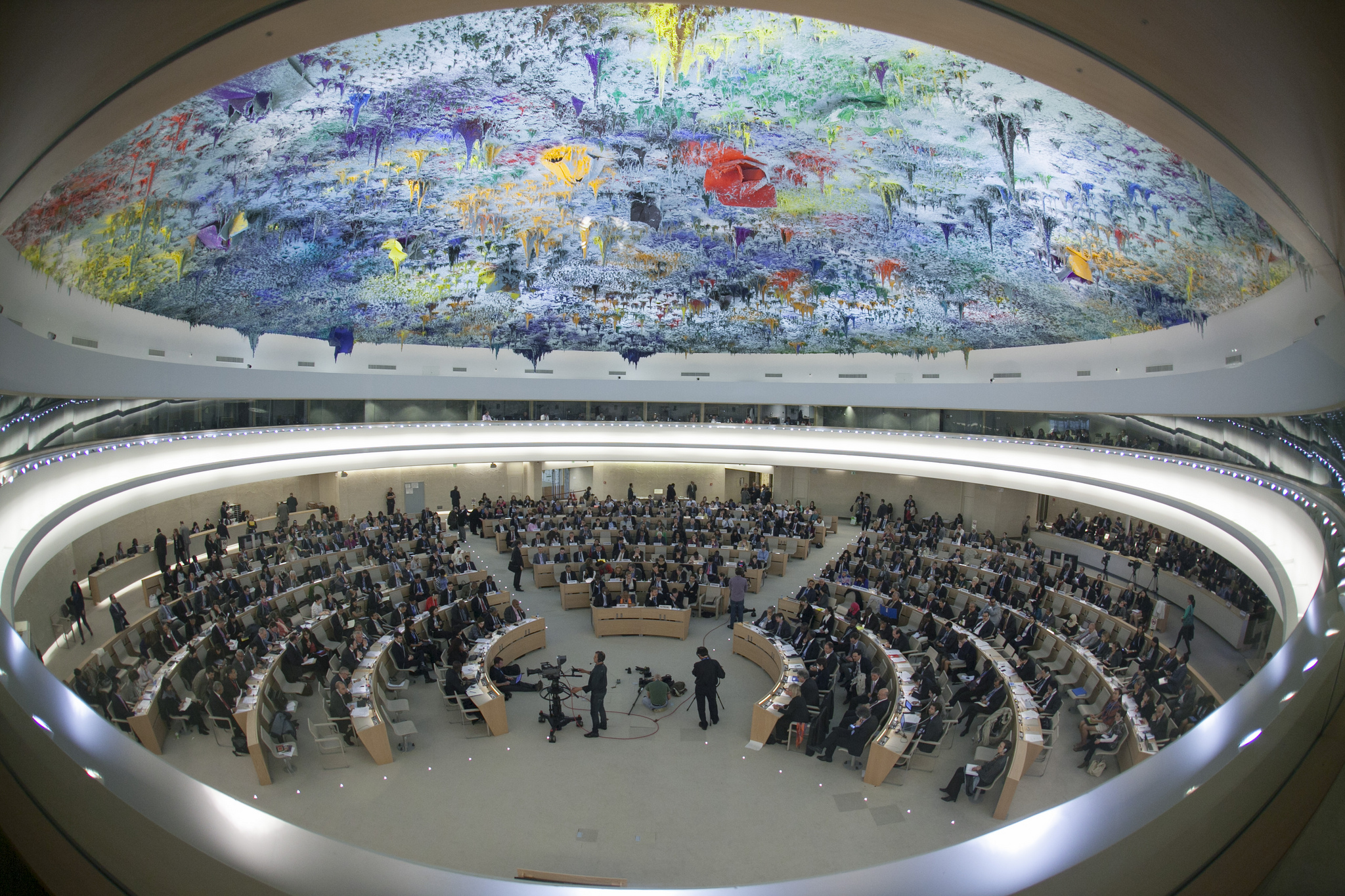 New Delhi: Even as it largely kept in line with its stated positions on Myanmar, Sri Lanka and Israel, India backed rejected amendments – introduced by Russia and China – to remove the term ‘human rights defenders’ from a resolution in the United Nations Human Right Council (UNHRC) on the final two days of the council’s 34th session.

On the last two days of the session, 41 resolutions were adopted by the 47-member inter-governmental body based in Geneva. While India voted in 15 resolutions (10 in favour, one against and four abstentions), the only statement that it made on the floor was for a resolution that didn’t even go to a vote.

On Friday (March 24), the UNHRC adopted a resolution to urgently dispatch an “independent international fact-finding mission” to investigate the alleged human rights abuses by security forces against Rohingya Muslims in Myanmar’s Rakhine State.

This was a step below what Yanghee Lee, UN special rapporteur for the humans rights situation in Myanmar, and Zeid Ra’ad Al Hussein, UN high commissioner for human rights, had demanded, with both having called for a commission of inquiry.

As with previous UNHRC resolutions on Myanmar, India “disassociated” from the draft submitted by the EU. “We are constrained to note that the draft resolution under consideration is not entirely helpful. Moreover, we also regret the way this resolution has been negotiated wherein the very basic definition of a resolution being an inter-governmentally negotiated document has been compromised,” said Ajit Kumar, India’s permanent representative to UN in Geneva.

Ahead of the end of the UNHRC session, Lee had told The Wire that given India’s good relations with Myanmar and its multiple interests in a stable Rakhine State, New Delhi should be advocating with Nay Pyi Taw to improve its treatment of the stateless Rohingya minority and addresses allegations of human rights abuses.

Justifying India’s opposition to the resolution, Kumar said that the international community, including UN agencies, need to continue to engage constructively with Myanmar, especially following the 2015 general elections. “Myanmar today reflects strong political will and commitment towards reforms. Consequently… A genuine attempt at rendering all necessary assistance, as requested by the country, is the prime need of the hour,” he said.

In contrast, India backed the consensus on a resolution adopted by the UNHRC for another neighbour, Sri Lanka, since it would give more time to Colombo.

The resolution, proposed by US and co-sponsored by Sri Lanka, provides Colombo two more years to implement the commitments made in resolution 30/1 adopted in October 2015, which include the participation of foreign judges and lawyers in a transitional justice mechanism.

Before the resolution was examined in Geneva on Thursday (March 23), external affairs minister Sushma Swaraj told the Rajya Sabha that India had had decided to back the draft resolution.

“…I feel that with the expectation made from Sri Lanka and the commitment made by it…we have decided that we will not break the consensus that is emerging on the issue and will go with it,” she said during question hour.

Regional parties in Tamil Nadu had asked India to vote against the resolution, but as expected, India backed the Maithripala Sirisena government. The only time India has voted in favour of a resolution that censured Sri Lanka was during the UPA government, in 2012 and 2013, under pressure from its coalition partner, the DMK. In 2009, it had voted ‘yes’ for the resolution initiated by Sri Lanka in the aftermath of the victory of Lankan security forces against the Tamil Tigers.

For the third consecutive year, India abstained in a resolution, submitted by Palestine and the Organisation of Islamic Countries, for a probe by the International Criminal Court (ICC) into alleged war crimes by Israel during the 2014 Gaza offensive. India’s arguments for abstaining for the last three years have been the reference to the ICC, since India is not a party to the Rome Statute, which set up the world judicial body.

“6. Calls upon the parties concerned to cooperate fully with the preliminary examination of the International Criminal Court and with any subsequent investigation that may be opened” – Operational Para 6 [A/HRC/34/L.38]

In line with its voting records, India voted in favour of four other resolutions criticising Israel, including those on the expansion of settlements and the right of the Palestinian people to self-determination.

There has been a perceptible improvement in ties between India and Israel since May 2014. To mark 25 years of diplomatic relations, two important high-level visits are set to occur over the next year, with Prime Minister Narendra Modi expected to visit Tel Aviv, followed by a reciprocal trip by Israeli Prime Minister Binyamin Netanyahu.

After the vote on the five Israel-related resolutions, the UK said it was putting the UNHRC “on notice” for keeping Israel as a permanent standing item on the council’s agenda. “If things do not change, in the future we will adopt a policy of voting against all resolutions concerning Israel’s conduct in the Occupied Syrian and Palestinian Territories,” said the UK representative.

Earlier, the Donald Trump administration had also criticised the resolutions and warned that it could review its membership of the UNHRC.

All the amendments brought by Russia were defeated. India was among a handful of countries – including China, Bolivia, Burundi, Nigeria, Venezuela, Qatar, UAE – to vote in favour of all four amendments.

Then, China brought in another amendment that sought to remove the word ‘welcomes’ in reference to the work of the special rapporteur on the situation of human rights defenders and retains a blander ‘takes notes’.

This was also rejected by 27 votes against, 16 votes in favour and four abstentions. India also voted in favour of the Chinese-backed resolution, which was supported by Pakistan and Russia.

Speaking against the amendments, UK, Germany and South Korea asserted that the amendments had been introduced to undermine the legitimacy of ‘human rights defenders’. Egypt, however, claimed that the draft not only eroded the sovereignty of countries, but “contradicted the notions of accountability and the rule of law”.

In another country-specific resolution, India was among the 13 abstentions on the resolution that extended the mandate of the Commission of Inquiry on Syria by a year. The Indian representative also abstained on a resolution brought by Georgia seeking access for the UN human rights commissioner for the breakaway enclaves of Abkhazia and South Ossetia – both of which have been recognised as independent entities by Russia.

Next year, India will have to sit out from the UNHRC, before it can stand for re-election. According to the rules, a state that has completed two consecutive terms in the council can only stand for another term after a gap of one year.